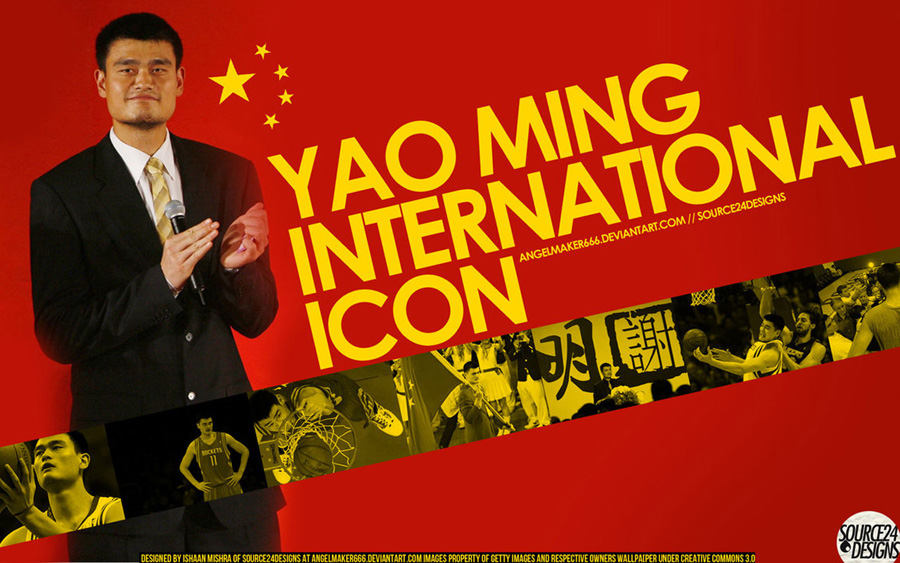 Third, and last request for today, will be widescreen wallpaper of Yao Ming made for his retirement… wallpaper was also requested at BasketWallpapers.com FaceBook Page, by Nobleman Patrick… now, i want to say a "word or two" regarding Yao and his retirement… too much dust lifted because of his retirement, and to be honest i don’t see a reason for that… the peak of media bulls*t (pardon my French pls) was article i read in news – that Yao might be inducted into Hall Of Fame next year… come on people, get real… as much as i liked this big guy, and respect him just like every other person who dedicated his whole life to basketball and eventually became professional athlete – Yao never accomplished anything that would make him a HoF candidate… he had bad luck with injuries and probably never was able to reach peak of his game, but it happens… there are many other great players whose careers were destroyed by injuries (Grant Hill and Vince Carter for example, the two i managed to recall in matter of seconds) and who never achieved what they were predicted to… ok, i agree – Yao brought lots of attention from China and opened huge market for NBA as brand, but people – even if he will be inducted one day, wait few years… i am aware that capitalists in NBA offices would be willing to push Yao Ming into Hall Of Fame tomorrow if they could, so they can profit from him even more in near future, but let’s be fair and say there are lots of other players who are retired for years if not more then a decade… players who were much better then Yao, who achieved much more then him in their careers and are still waiting to see if and when they’ll get into Hall of Fame… this is sport after all, mind profits, professional contracts, etc… sport as idea should be model for young people and children… what can a young person think if he sees that anyone can be pushed through corrupted system and get something that others who are better then him never did :((( oh yes, forgot to say – wallpaper was made by Ishaan Mishra…
Share With Friends