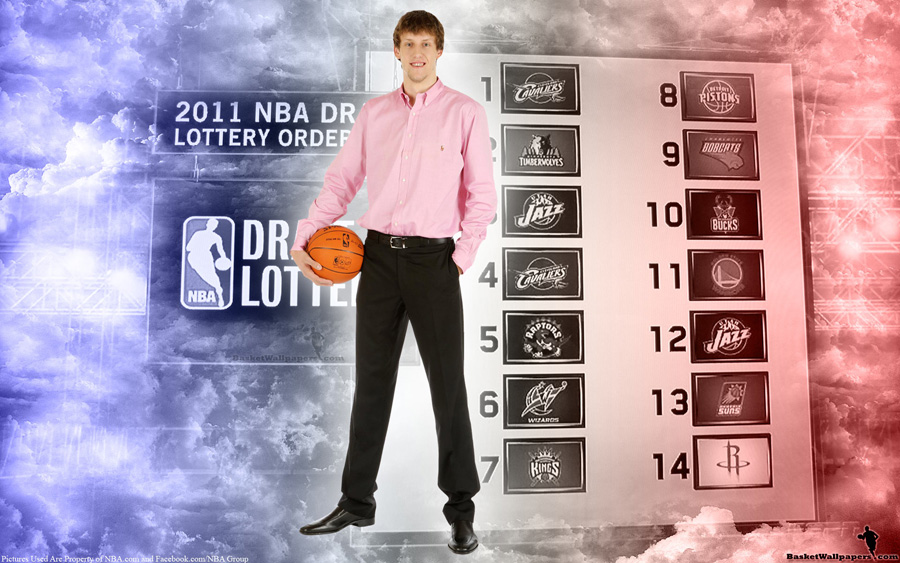 Next is widescreen wallpaper of Jan Vesely, one more international young player who could easily be picked in top 5 picks of 2011 NBA Draft… Jan Vesely comes from Czech Republic and i had luck to watch him for the last few years playing for BC Partizan Belgrade… he’s very good and talented player, athlete who dominated most of his opponents in Euroleague… if he manages to gain some strength and become physically equal to NBA players who are, let’s be real, a lot stronger then European players – Jan can really have great career in NBA… anyway, pay close attention to this guy but don’t expect you’ll see new Nowitzki (i’ve read this in few blogs and i strongly disagree)… wallpaper was created by BasketWallpapers.com team…
Share With Friends