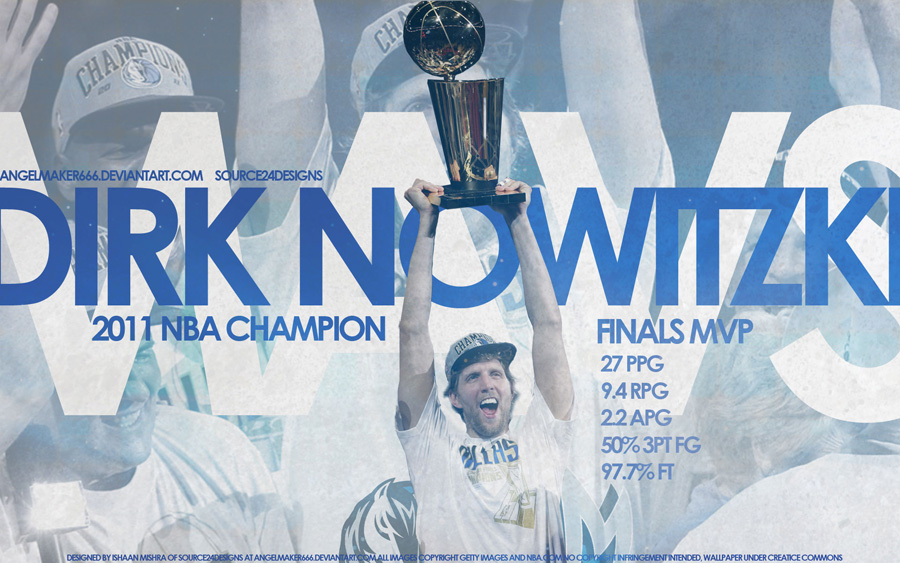 Next will be widescreen wallpaper of 2011 NBA Finals MVP – Dirk Nowitzki with picture of him holding NBA trophy high above his head, and there are also brilliant stats he achieved in finals series including almost averaging double-double with 27 ppg, shooting 3 pts with 50% success and unreal 97.7% for free throws… guy played at his best, dominated game and won 2011 NBA title plus place in hall of fame one day where he’ll be inducted 100% one day after he retires

wallpaper was made by Ishaan Mishra…
Share With Friends