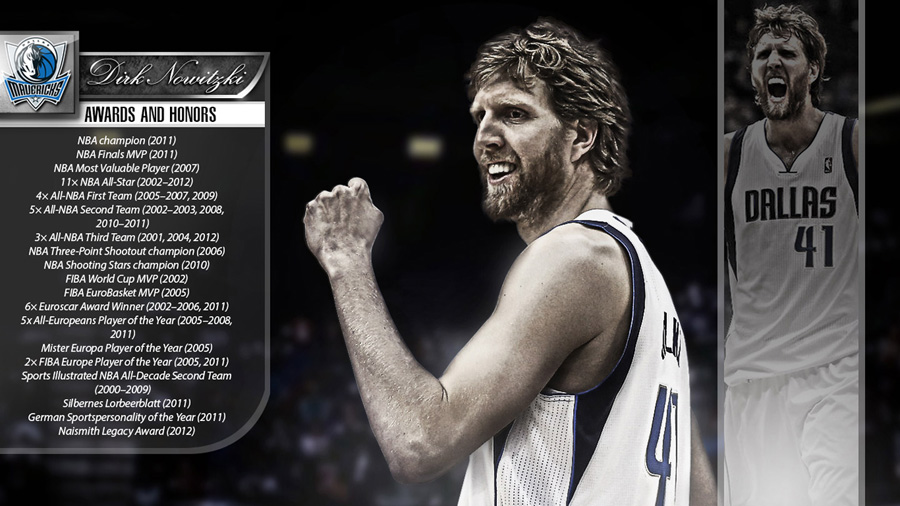 Two seasons ago, Dirk Nowitzki led Dallas Mavericks to NBA title and was named NBA Finals MVP… Today, Dirk is trying to get into 2013 NBA Playoffs together with his team mates… This is widecreen wallpaper to remind us of Dirk’s greatness and basketball career many players would envy – wallpaper with list of all Dirk’s career awards that was made by tmaclabi…
Share With Friends