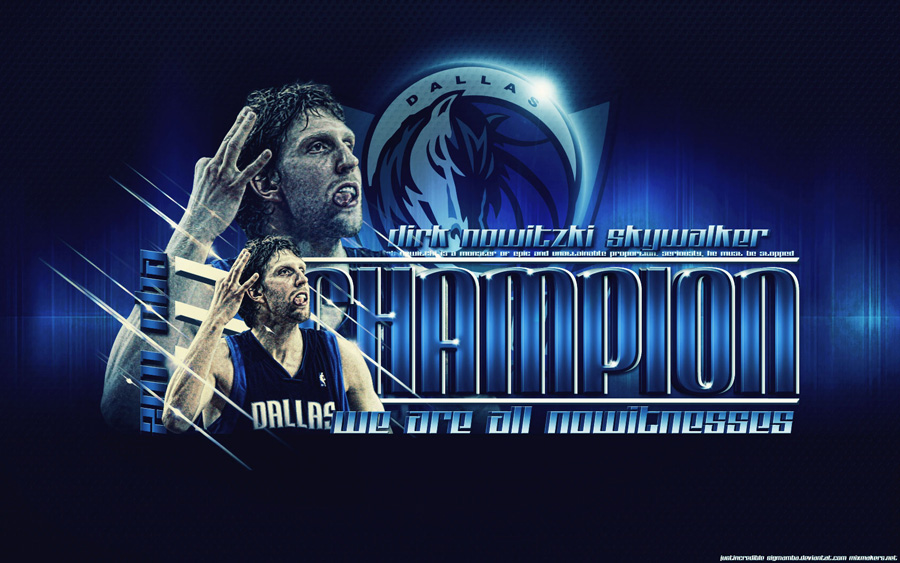 Dirk Nowitzki We Are All Nowitnesses Widescreen Wallpaper

A month has passed since the last game of 2011 NBA Finals and moment when Dallas won title, and Dirk Nowitzki became Finals MVP… here’s one more wallpaper of Dirk made after finals, and it’s wallpaper using the idea of LeBron’s "We Are All Witnesses" wall… as you know, many varioations of it appeared over the last few years and this one is the latest – made for Dirk Nowitzki