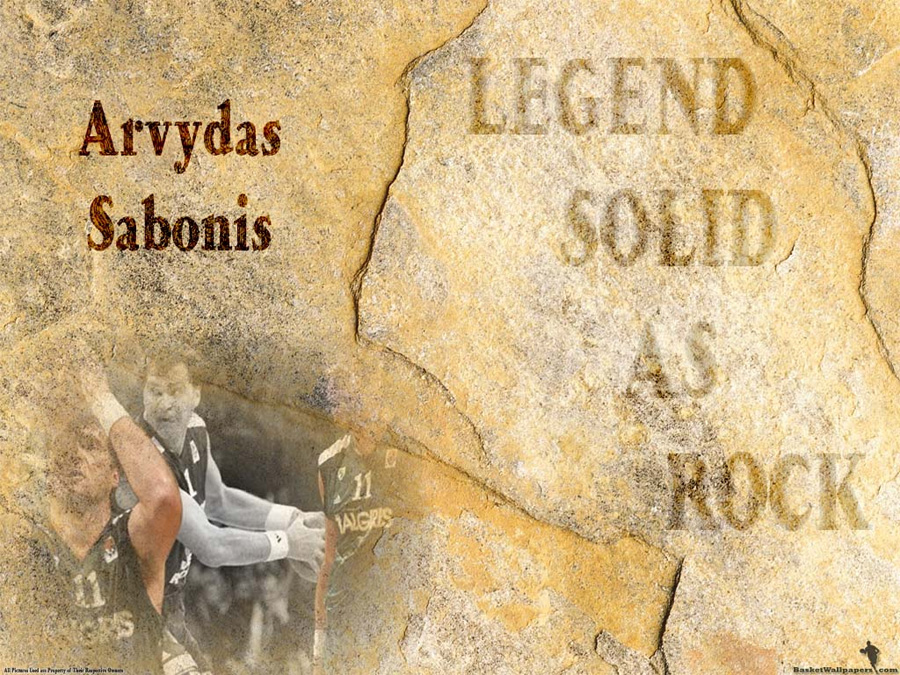 For today i have made 3 more wallpapers for "legends" set

The first one is wallpaper of Arvydas Sabonis – the best Lithuanian center of all times and one of the best players on his position from 80s till start of the 21st century… Sabonis has 3 medals from Olympics including one gold from 1988, he was also both world and European champion… Sabonis was named the best European player 6 times in his career, won Euroleague 2 times and was named as one of top 50 Euroleague contributors recently… He played for NBA team Portland Trail Blazers from 1995-2003… In this wallpaper Sabonis is in jersey of Zalgiris Kaunas, team in which he started and ended his professional career