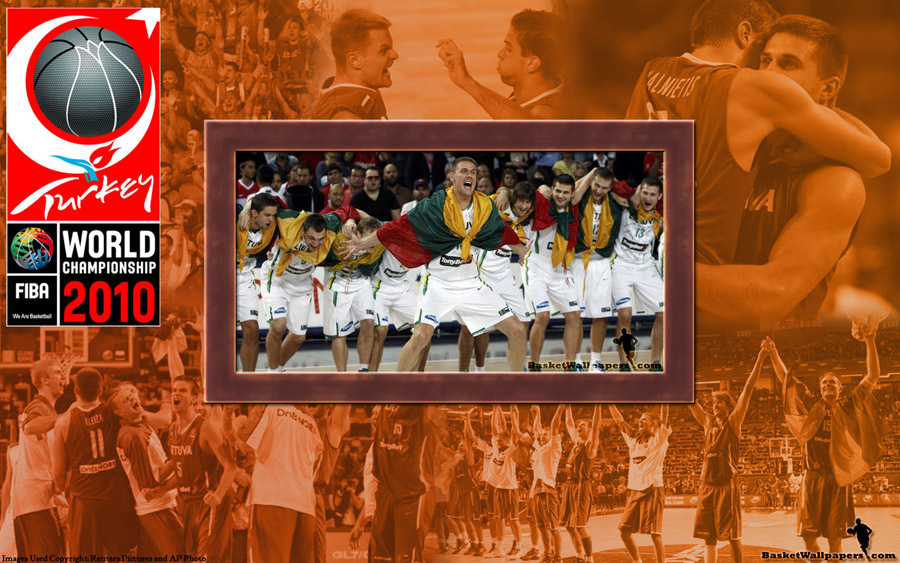 Now it’s time for the first medalist – widescreen wallpaper of Lithuania national team who won bronze medal at FIBA world championship 2010… Lithuania entered this tournament as one of average teams, many experts thought they are not in group of teams who could make some big result but they played very good and well – won bronze which is the first world championship medal in history for their country

they beat Serbia in match for bronze medal, and i have to say they were better team most of the game