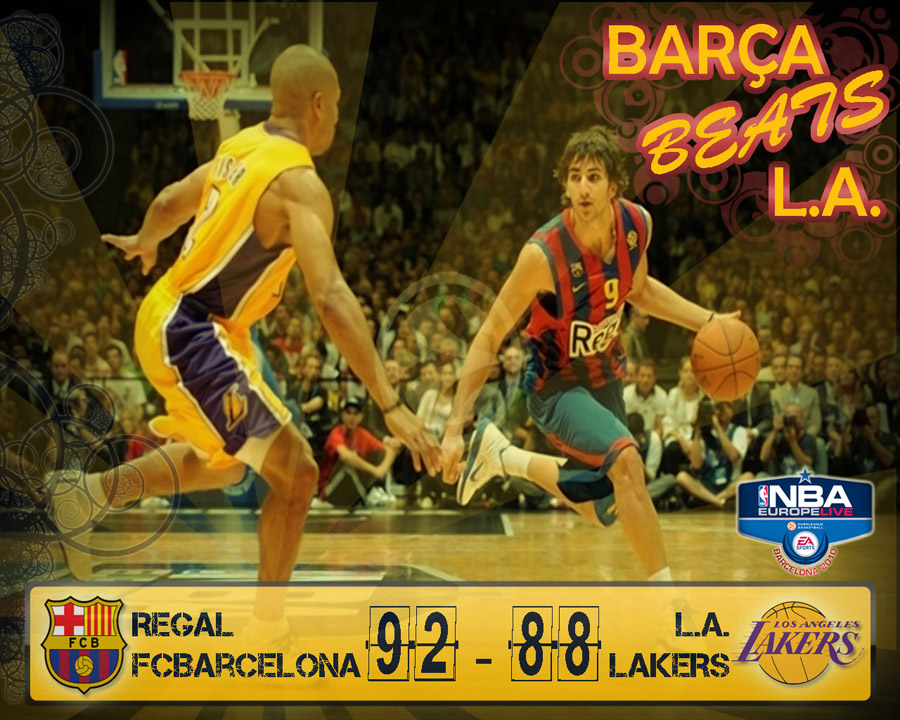 Since i added wallpaper of LA Lakers few minutes ago, i’ll now add wallpaper i found – a wallpaper of Regal FC Barcelona who recently won preseason match against Lakers in Barcelona… i won’t go into discussion about game nor if Lakers took it serious or not (there was more then enough of that all over the Internet after game), instead i’m adding this wallpaper for all basketball fans of Barcelona (or Spanish basketball in general) because i know how much it means for any European team to win game against NBA roster (not to mention NBA champions), even if it’s exhibition match