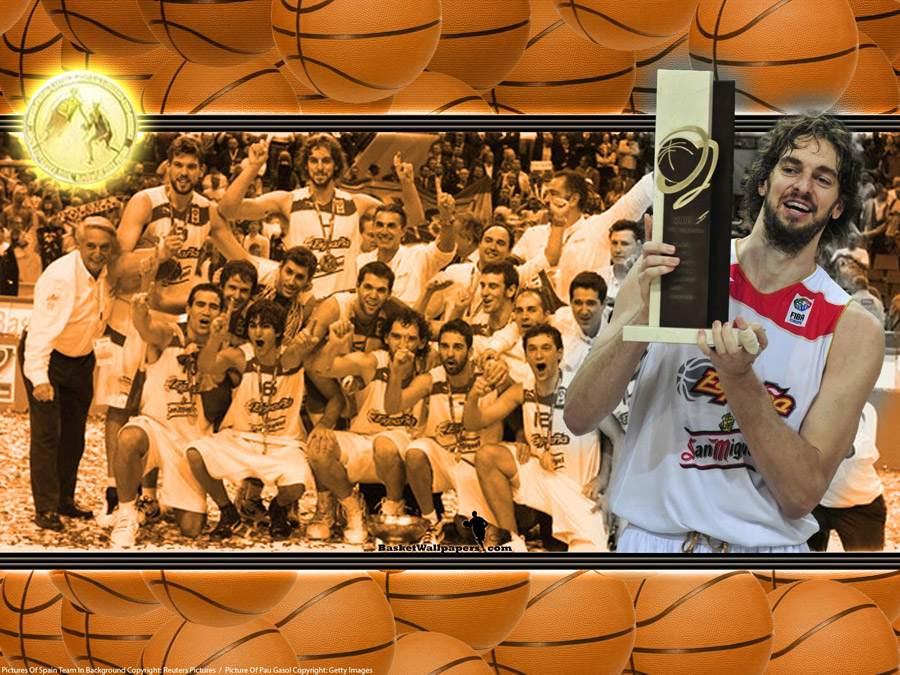 they were main candidates for gold before tournament, they started slow and even faced elimination in first round at one point but as days passed their team played better and better… members of the new European champion in basketball are: Ricky Rubio, Juan Carlos Navarro, Victor Claver, Felipe Reyes, Carlos Cabezas, Raul Lopez, Sergio Llull, Marc Gasol, Alex Mumbru, Jorge Garbajosa and two members of the best Eurobasket 2009 team – Rudy Fernandez and Pau Gasol… Gasol who was also named tournament MVP and is holding his trophy in this wallpaper

that’s all, from next update i’m turning back to NBA since pre-season is getting closer and closer…
Share With Friends