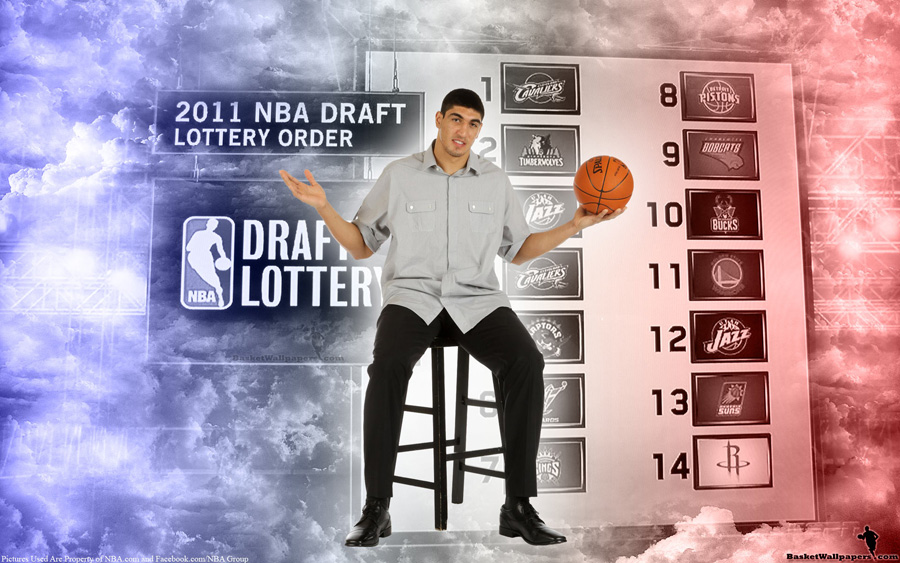 Third will be widescreen wallpaper of Enes Kanter, talented center from Turkey who can easily be second player that Cavs will pick (Cavs have picks 1 and 4 this year)… btw, those of you who visit my site regularly and for some time know i have been boycotting Turkish players, clubs and anything that is related to Turkish basketball… reason is well known, big theft that happened in semi-finals match of 2010 FIBA World Championship when Turkey advanced to finals after lots of referee mistakes, some that were so huge and obvious that many fans/experts around the World agreed on and required that silver medal gets taken away from Turkey national team… few weeks ago president of FIBA Europe (or was it some other high ranked FIBA representative, i’m not sure anymore) apologized officially to Serbia basketball association and to Serbian fans for sh*t referees did to Serbia national team in semi-finals match so i will stop my almost one year long boycott and will continue adding new wallpapers in future into Turkey category… all i ever wanted is that someone from FIBA says they made huge mistakes in that match and to confirm Serbia team should have been in finals… it can never return time, pain, stress and anger i felt for anything related to Turkey in first months after that match, nor it will bring deserved silver medals around Serbia team members necks, but to know you were right all the time and that whole World knows what happened is comforting… wallpaper was created by BasketWallpapers.com team…
Share With Friends