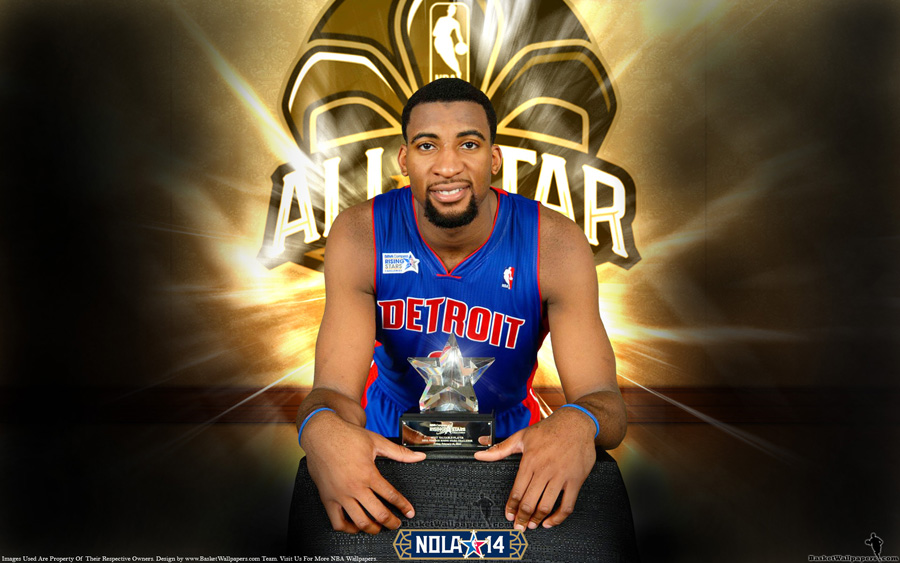 2014. NBA All-Star weekend has started and here’s wallpaper of the first competition winner – wallpaper of Andre Drummond who was named 2014. NBA Rising Stars Challenge MVP… Drummond took game seriously since the first minute, led his team to victory and finished match with 30 pts and 25 reb… wallpaper was made by BasketWallpapers.com team…
Share With Friends