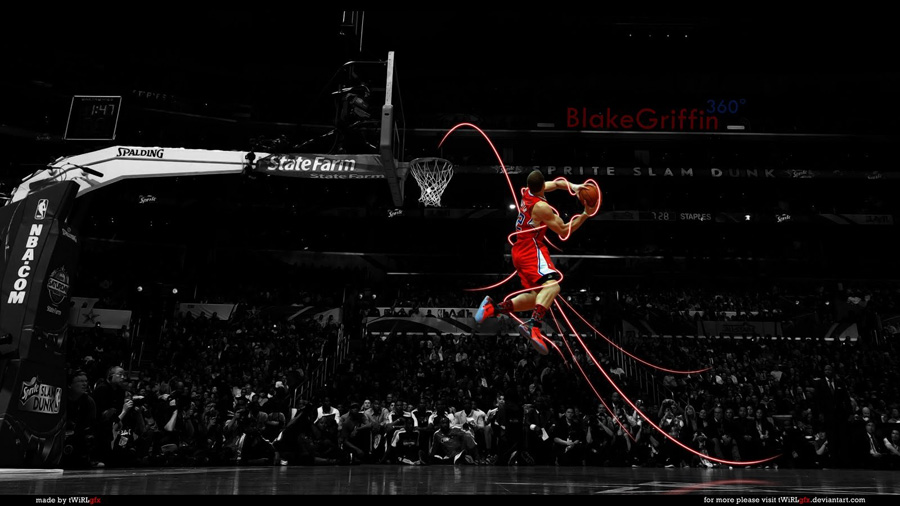 first will be widescreen wallpaper of Blake Griffin performing 360 degrees dunk from 2011 NBA Slam Dunk Contest during All-Star weekend. wallpaper was made by Twirlgfx