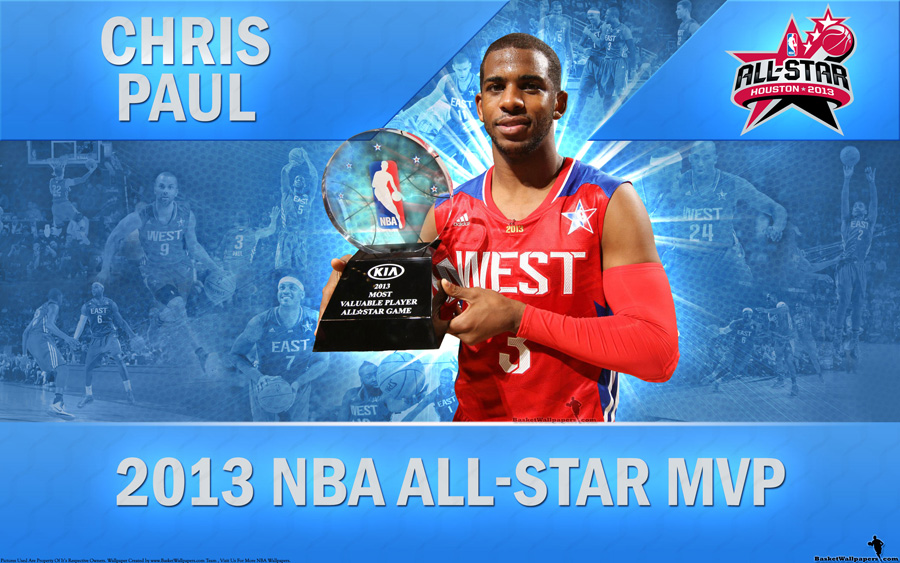 We had tree days of fun, watching some of the best players NBA has atm playing and competing for our amusement… My overall impression of 2013. All-Star weekend is much much better then it was after all-star weekends in last few years… Celebrity game was fun in it’s own way, like it always is… Rising Stars game was lame as expected, with no defenses and like i wrote 2 days ago it barely kept me awake… but All-Star Saturday events were better then last few years, especially slam dunk contest… And yesterday’s All-Star Game was ok – we’ve seen some attractive moves on both ends of the floor and defenses were not sleeping like it was case in most of previous all-star games in recent past… One more interesting fact is that there were more then one MVP candidate on both teams, and i honestly think judges should have given co-MVP award to CP3 and Durantula this year… they both deserved it and if one was better it was by a thread… anyway, this is widescreen wallpaper of Chris Paul holding his 1st career NBA All-Star trophy with several pictures made during All-Star game blended into background behind him

Once again, i congratulate to CP3 on his 1st All-Star MVP award and to NBA organization for making 2013. NBA All-Star weekend better then previous ones