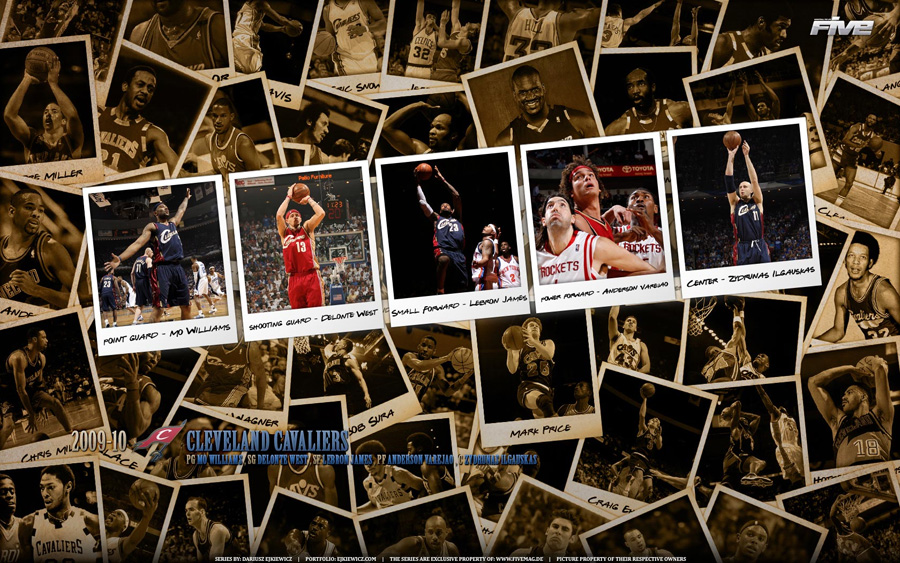 And now, team that many of you wanted to see after first update (i got almost 10 emails asking for Cavs 2010 wallpaper after the previous update) – widescreen wallpaper of Cleveland Cavaliers 2010 starting five: Mo Williams, Delonte West, LeBron James, Anderson Varejao and Zydrunas Ilgauskas… this wallpaper was made by Dariusz Ejkiewicz for http://www.fivemag.de (blog of German basketball magazine Five) where you can get other resolutions of this wallpaper…
Share With Friends