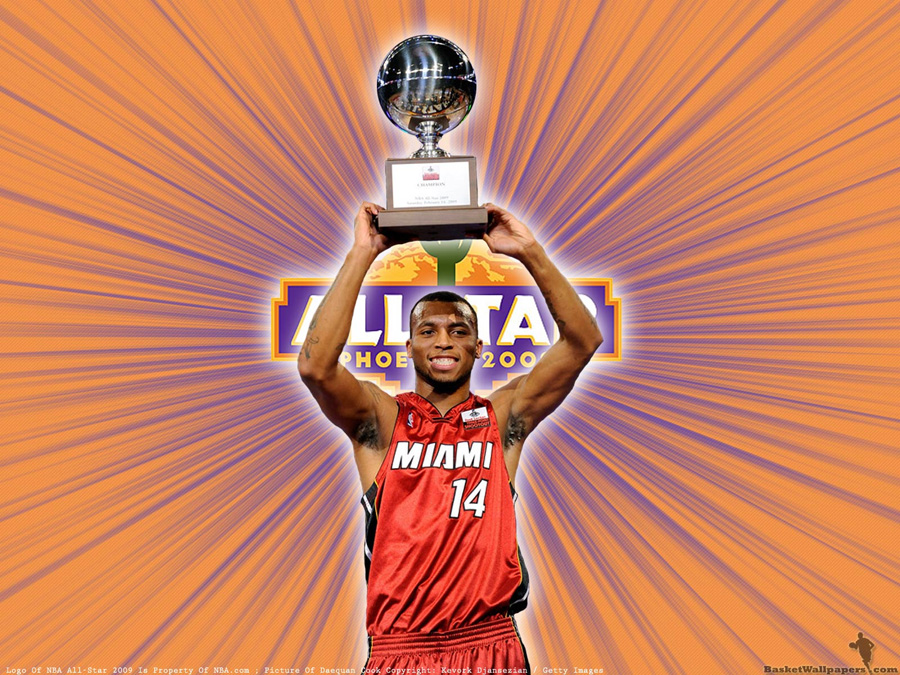 Next wallpaper is for Daequan Cook, new Three-Point Shootout champion

just to mention i was very disappointed with this event also… i mean is it possible that not one of them couldn’t score 20 or above? ok Kapono had bad night but he had 24 and 25 last two years… Lewis had 7 in overtime, common… i scored 9 out of 15 few weeks ago when i played with some friends of mine and i am 20 leagues below any pro… lame, lame, lame… congrats to Daequan, i wish him all the best, but this year winner was not the best but best of the worst

and i hope he’ll get a lot better players to compete against, some of the best shooters… these are not that… wallpaper was created by BasketWallpapers.com team…
Share With Friends