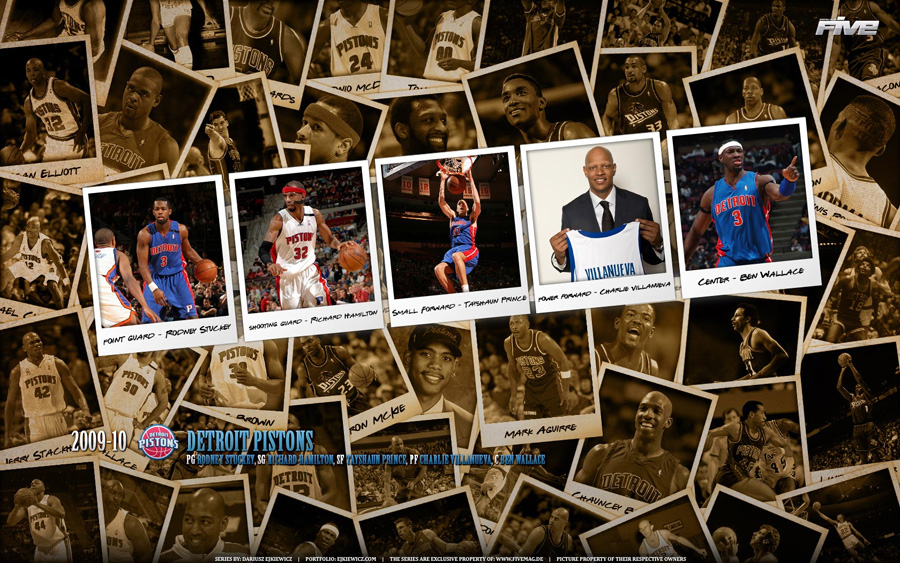 Next will be widescreen wallpaper of Detroit Pistons 2010 starting five (Rodney Stuckey, Richard Hamilton, Tayshuan Prince, Charlie Villanueva and Ben Wallace)… as i said in previous posts this wallpaper was made by Dariusz Ejkiewicz as part of 2010 polaroid series for http://www.fivemag.de (blog of German basketball magazine Five where you can get other resolutions of this wallpaper)…
Share With Friends