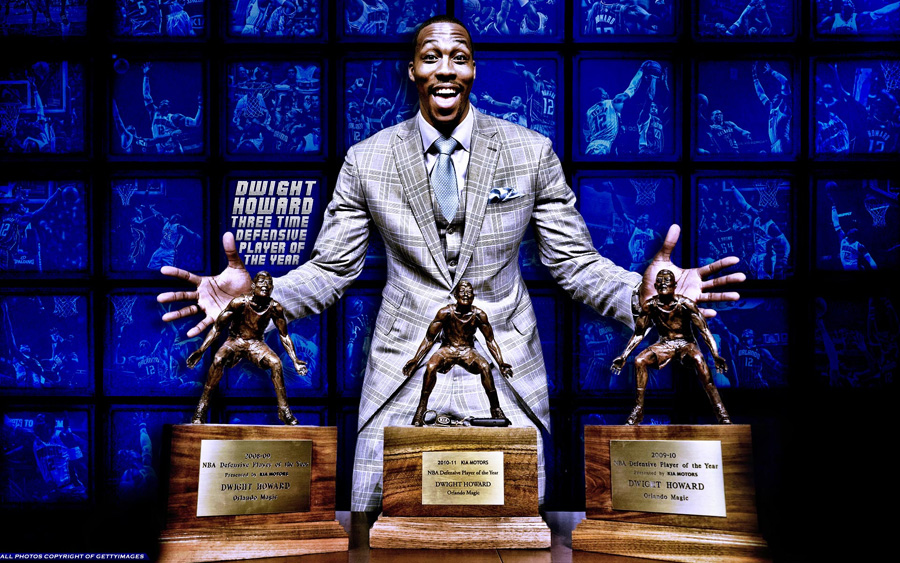 Now i’ll add widescreen wallpaper of Dwight Howard, player who was in conflict with now retired Shaq for the last couple of years… Howard is something Shaq was in his early years in NBA (most dominant center of his time, without title)… Howard is 3-times Defensive Player of The Year and this is second wallpaper of him with 3 DPOY trophies on this site… i have already mentioned that Howard might leave Orlando next summer and try to win championship with some other team… also one more thing Shaq and Howard shared is nickname Superman… now after Shaq is retired, during press conference he said that he’s retiring all of his nicknames also, including Superman (directed at Dwight of course)… so what’s left after Shaq? will Dwight become dominant like Shaq was? Shaq was great in Magic, but he became the most dominant beast on field after he came to LA and had Phil Jackson as coach… can the same happen with Dwight in years to come? Dwight has still time to win NBA titles, Shaq won his first title when he was 28… Dwight is 25 atm… i guess time will tell

these are just my thought and some questions i was thinking about after watching Shaq retirement press conference yesterday… btw, i almost forgot – wallpaper was made by Ryan Hurst…
Share With Friends