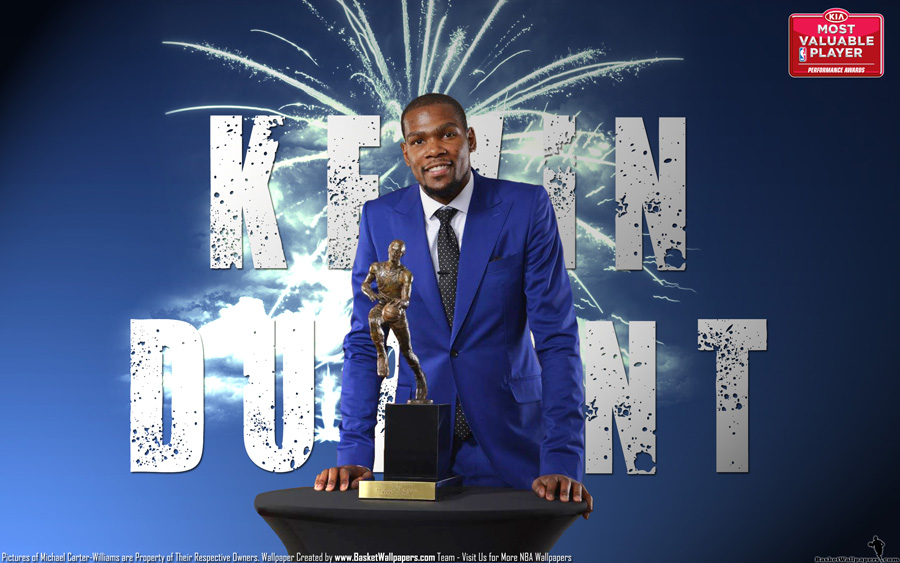 Kevin Durant received 2014. NBA MVP award yesterday, you might be watching it all over stream at NBA.com

And today i have HD widescreen wallpaper of him with 2014. NBA MVP award for all of his and OKC Thunder fans

wallpaper was made by BasketWallpapers.com team…
Share With Friends