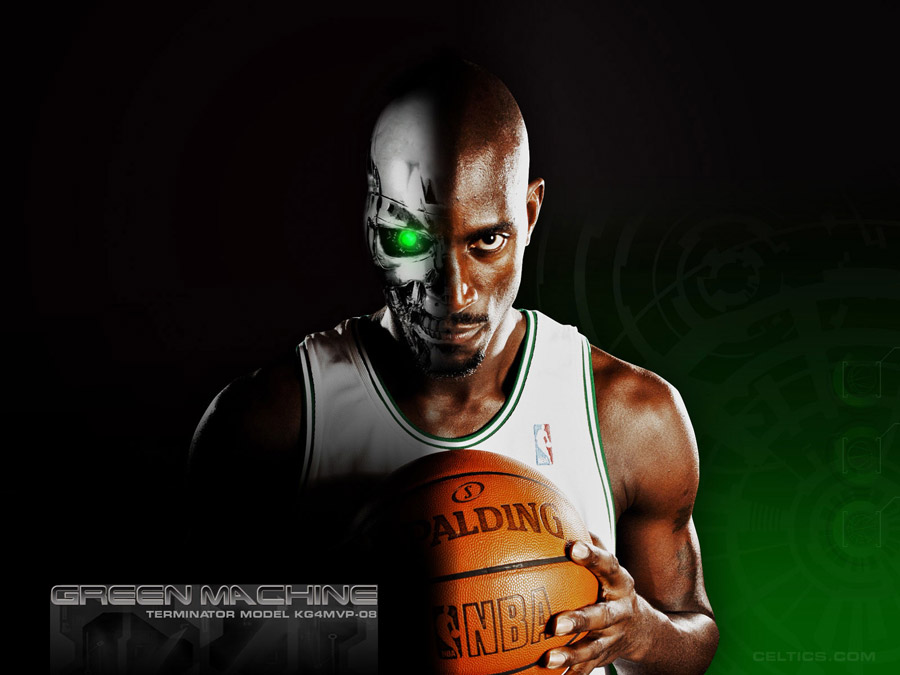 I have found two new wallpapers on Celtics.com yesterday and today i’m adding them, the first one is awesome wallpaper of Kevin Garnett inspired by this year’s NBA motto "There can only be one"… You probably saw photos made for that campaign with faces of two players merging… Celtics have made wallpaper with the same idea but instead of other players there’s robot like from Terminator movie