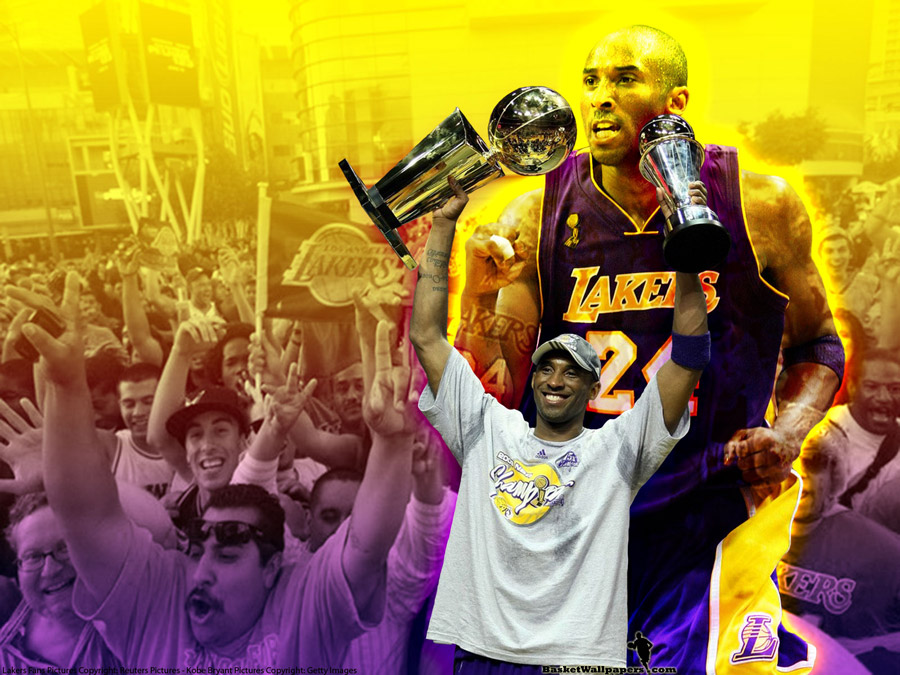 I have made one wallpaper for today, it’s wallpaper of Kobe Bryant, 2009 NBA Finals MVP

Kobe is holding two trophies, for NBA championship and NBA Finals MVP, above his head with Lakers crowd celebrating in the streets of Los Angeles behind him… This is something for Lakers fans until i find some good team wallpapers of Lakers as 2009 champs