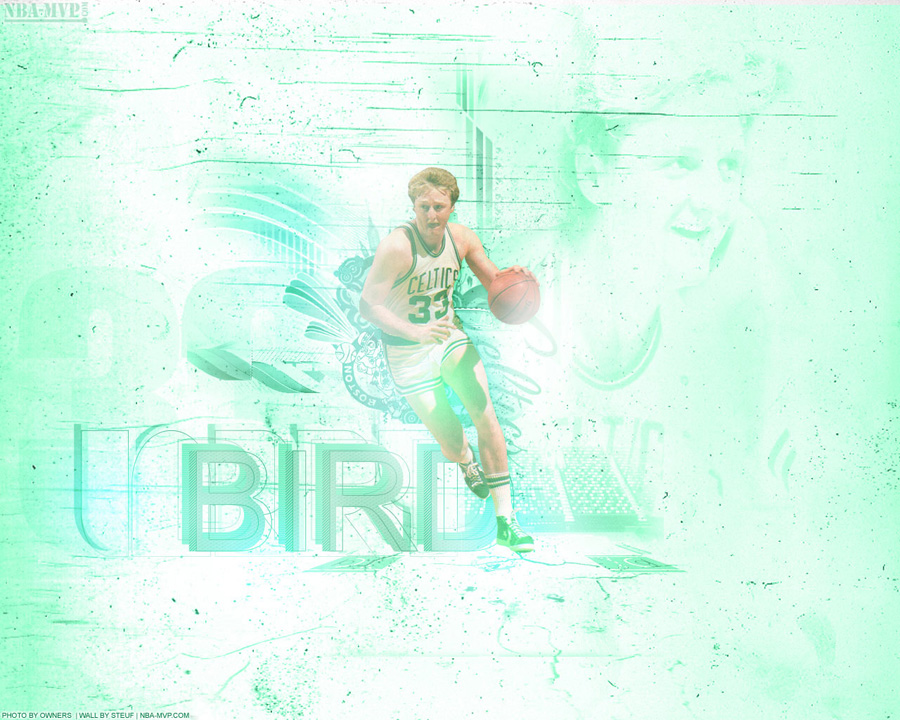 Hi all basketball fans out there

i have new wallpapers for all of you, and today’s update will be retro NBA themed… since it’s obvious 2011/12 NBA season won’t start as planned because of lockout, and fact that NBA haven’t mentioned any active NBA player for some time but instead are pushing stories, comments and interviews with retired NBA legends i have decided to do the same on my site and to post one update with wallpapers of several NBA legends

first will be wallpaper of Larry Bird in Celtics jersey, made by Steuf of NBA-MVP.com…
Share With Friends