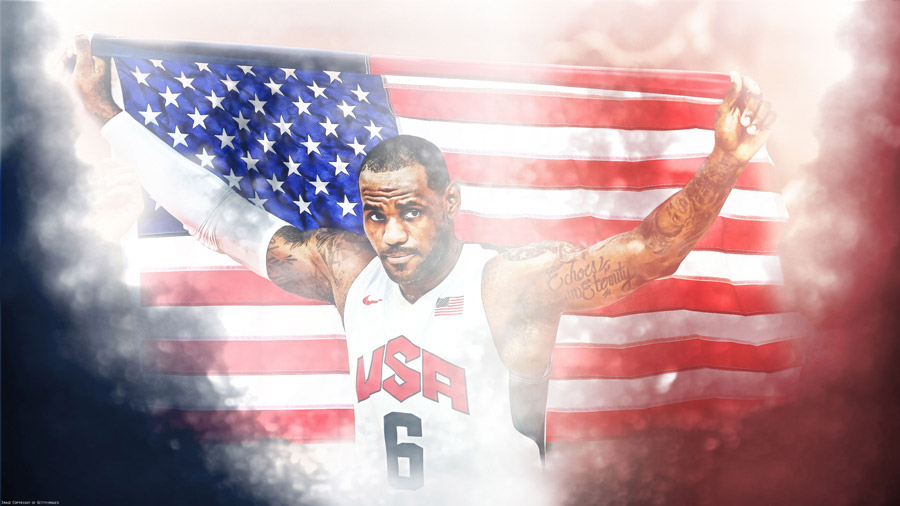 Olympic games 2012 are over, as well as basketball tournament… as expected, USA team won gold medal and helped this man become only the second ever to win NBA MVP, NBA Finals MVP, NBA Title and Olympic gold in same year… first ever to accomplish that was Michael Jordan… this wallpaper of LeBron James holding USA flag was made by Ryan Hurst…
Share With Friends