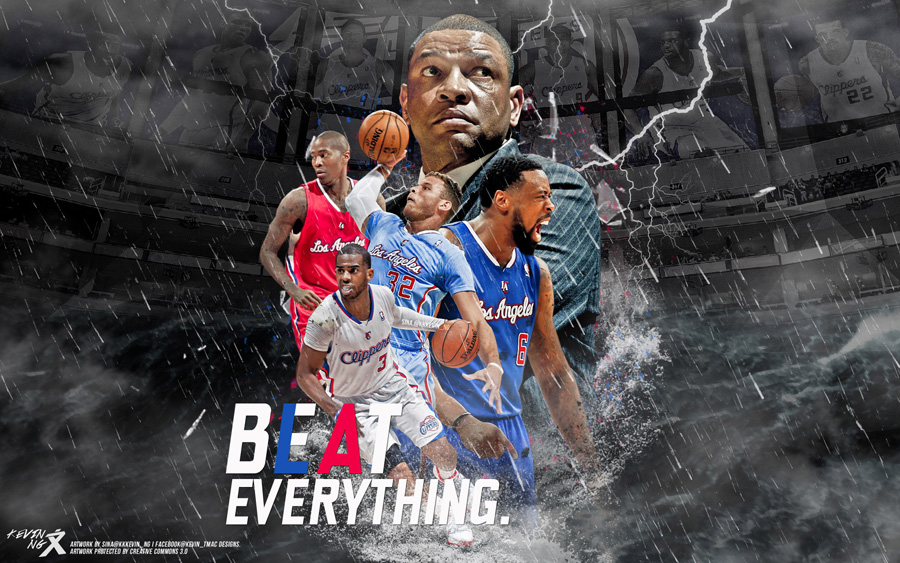 Next is another wallpaper for Clippers fans – a new widescreen wallpaper of Clippers team (at least their biggest stars) that will try to do better in 2014-2015 NBA season… There are CP3, Griffin, Jordan, Crawford and Coach Rivers in it… Wallpaper was created by Kevin-tmac…
Share With Friends