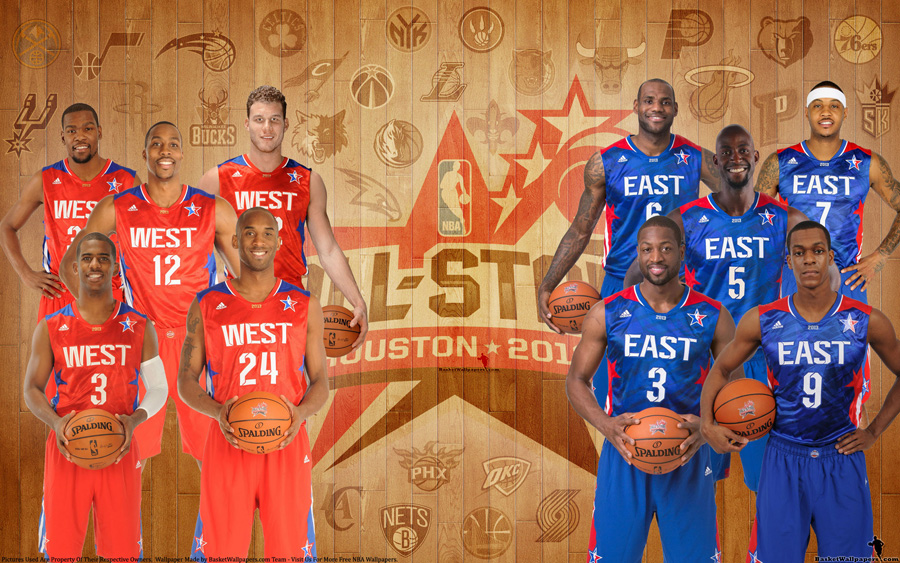 Less then 24 hours ago NBA announced results of All-Star voting, and players who will be starters at 2013 NBA-All star game… I have made wallpaper of 2013 NBA All-Star logo in middle, small logos of all 30 NBA teams and 10 players who were voted to start the game for both eastern and western conference teams… as most of you already know, east starters will be: Rajon Rondo, Dwyane Wade, Carmelo Anthony, LeBron James and Kevin Garnett… starters for western conference will be: Chris Paul, Kobe Bryant, Kevin Durant, Blake Griffin and Dwight Howard… wallpaper was made by NBA Wallpapers team…
Share With Friends