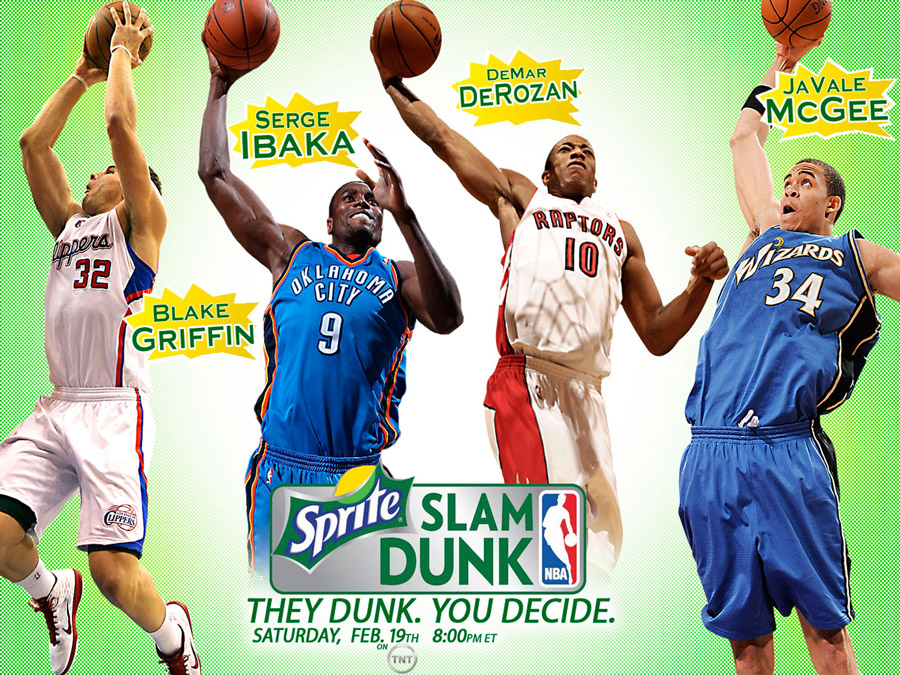 After adding wallpapers made for All-Star game, i’ll add one wallpaper made for NBA 2011 NBA Slam Dunk Contest… wallpaper was made by Ryan Hurst and it features 4 players that will compete in this years slam dunk contest: Blake Griffin, JaVale McGee, Serge Ibaka and DeMar DeRozan… Originally selected Brandon Jennings that will miss all-star weekend due to injury is not in wallpaper…
Share With Friends