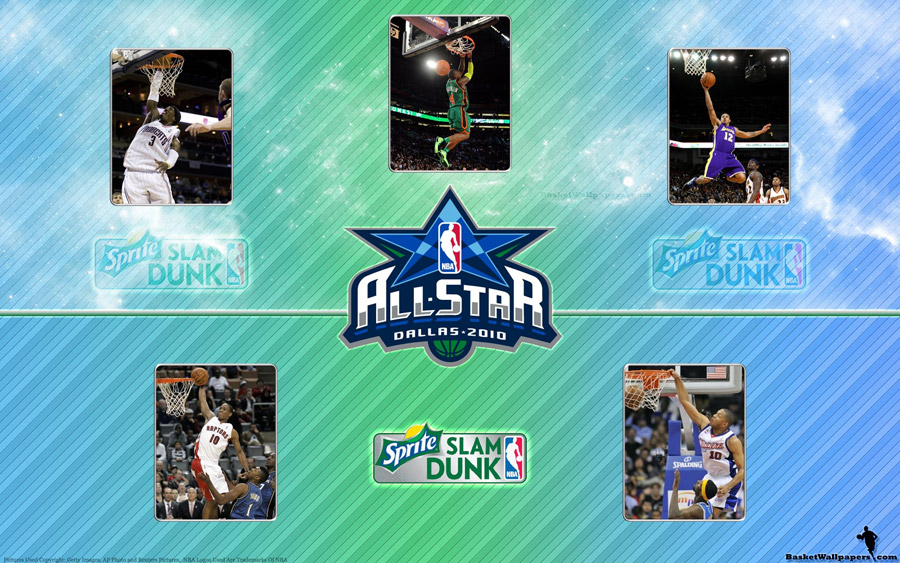 Next will be slam dunk 2010 wallpaper, but i have not updated it after event was over neither i plan to do it… why – because slam dunk event SUCKED big time this year!!!! they need to deserve to have wallpaper of them made, and they failed this year… if i knew they will dunk like girls i’d never make wallpaper for this slam dunk event… i’d be honestly ashamed if i was Nate, going into NBA history as the only player who won slam dunk championship 3 times, with so lame performance… Vince Carter, Dr. J., Dominique, MJ… could win this years slam dunk contest with their eyes closed… let’s be honest, if there wasn’t Dwight last year it’s big question if Nate would win it at all… he won it with dunk based on Dwights performance as Superman, not because he was great and original… congrats to him, he won his undeserved title but he just got one BIG hater – me !!!!
Share With Friends