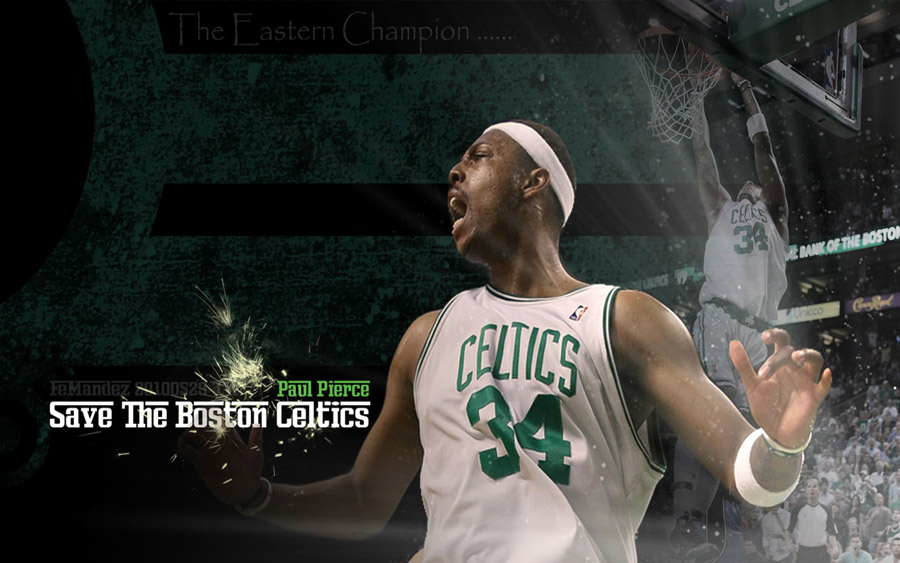 In previous update i have added 3 wallpapers of Celtics players (Garnett, Rondo and Kevin McHale) and shortly after i got mail from few ppl "complaining" why i haven’t added wallpaper of Paul Pierce, Celtics most important player as they said… so here’s one wallpaper for all of you who share their opinion, however i don’t think Boston has "most important player" but rather that Boston is a TEAM and that all of those main players are equal

Kobe is the most important player in his team for example, and without him they would be doomed, but Celtics are more balanced without ultra-big stars in roster… anyway, this wallpaper was made by "FeMandez" just few days ago, after Celtics won eastern conference…
Share With Friends