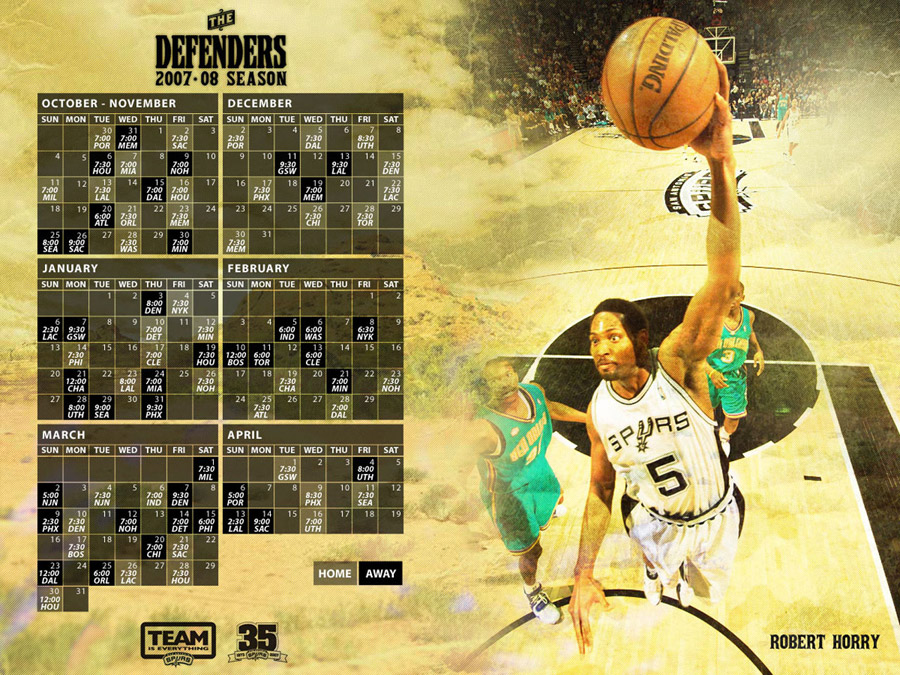 Next are wallpapers of Robert Horry, retired NBA star who i always respected as one of top team players, like i already said last time i added his wallpaper on site

recently i got complaint why there was only one wallpaper of him so today i’m adding two more… this is wallpaper of Robert Horry with list of all games Spurs will play in season 2007-08, which was his last season in NBA