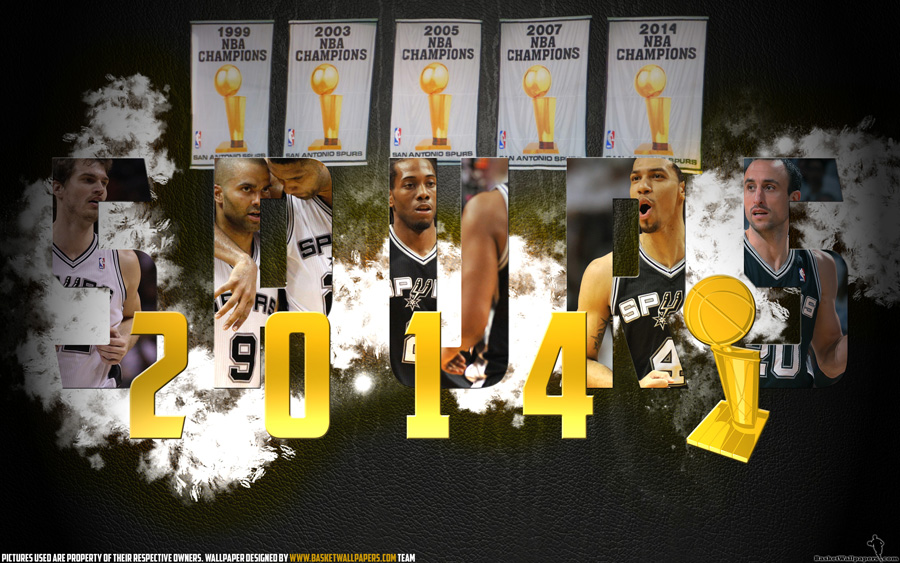 In today’s update (the first one after 2014 NBA Finals) i’ll add few wallpapers of 2014 NBA Champions – San Antonio Spurs… in this wallpaper there are 5 Spurs championship banners, word "5PUR5" in middle representing team 5th title and few pictures of Spurs players… wallpaper was made by NBA Wallpapers team…
Share With Friends