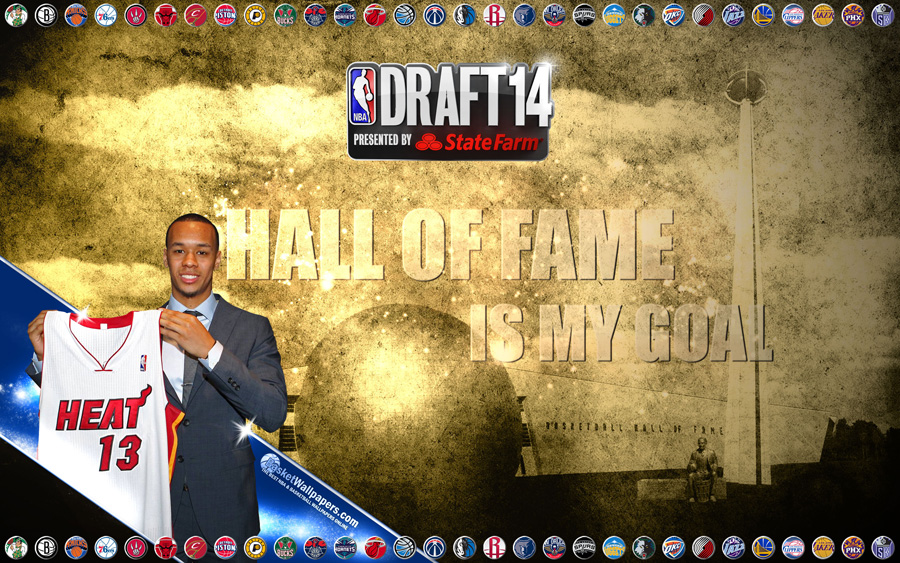 Now, after wallpapers of two NBA legends – let’s get back to present players, or to be more precise to players that should be future of NBA league in next decade… Yes i am thinking of 2014 NBA Rookies, and here’s the first wallpaper of Shabazz Napier on site… Napier is posing with Miami Heat jersey in his hands, shortly after being selected by Heat at 2014 NBA Draft… Wallpaper was created by BasketWallpapers.com team…
Share With Friends