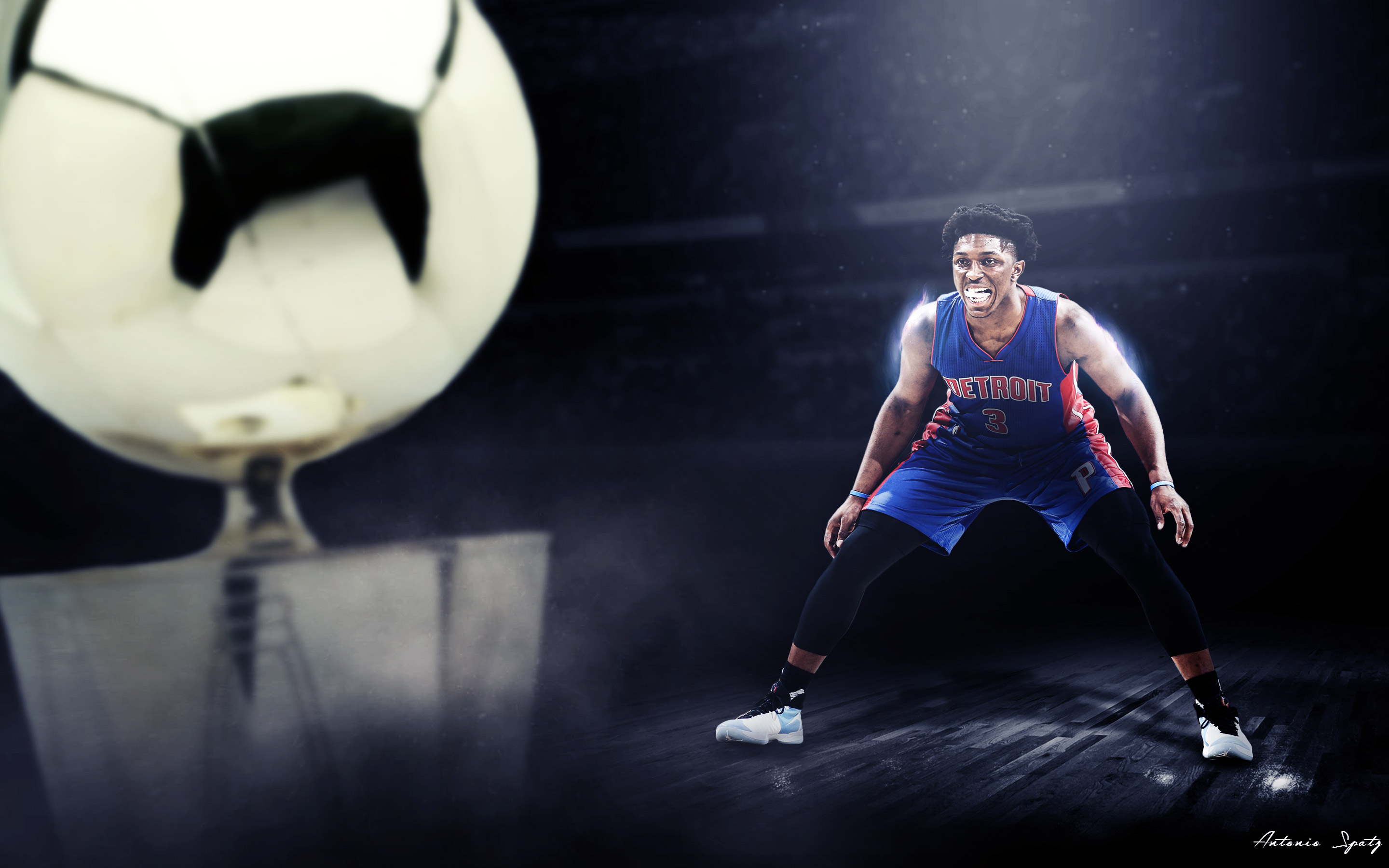 Stanley Johnson is one of popular subjects in Cavaliers – Pistons 2016 NBA Playoffs matchup… Pistons Rookie was trying to do whatever he can and help his team win, he tried to guard LeBron and get into his head, he was also very vocal in media – but LeBron had steady game with around 20 Points per game with not so bad shooting percentages, and Cavaliers are leading 3-0 in series. In this wallpaper that was created by Antonio Spatz Stanley Johnson is in defensive position and he is looking at NBA Trophy that is far in front of him… With attitude like he showed in this series, NBA Finals are one of possibilities in future of his basketball career.
Share With Friends