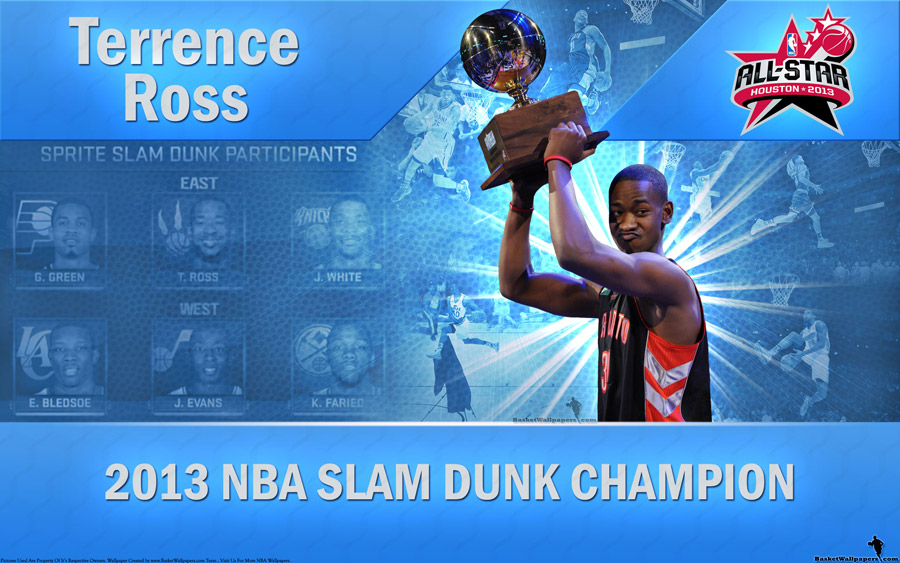 Third and last for today is widescreen wallpaper of Terrence Ross – 2013 NBA Slam Dunk Champion… This year slam dunk contest was the best ones in last few years… Yes, some of players had difficulties to make their dunks but we had chance to enjoy several well performed slam dunks and overall impression is that is was good contest

wallpaper was also made by NBA Wallpapers…
Share With Friends