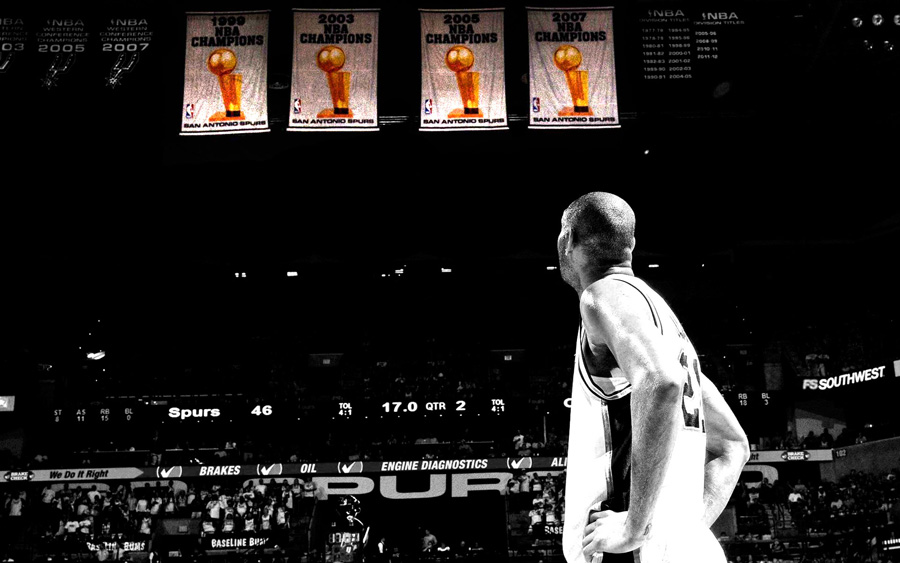 Second in this update is widescreen wallpaper of Tim Duncan looking at 4 Spurs championship banners hanging in AT&T Center… after sweeping 2 series and taking first win in west finals i think Spurs fans have a strong ground to hope Spurs can win 2012 NBA title.. wallpaper was made by Ryan Hurst…
Share With Friends