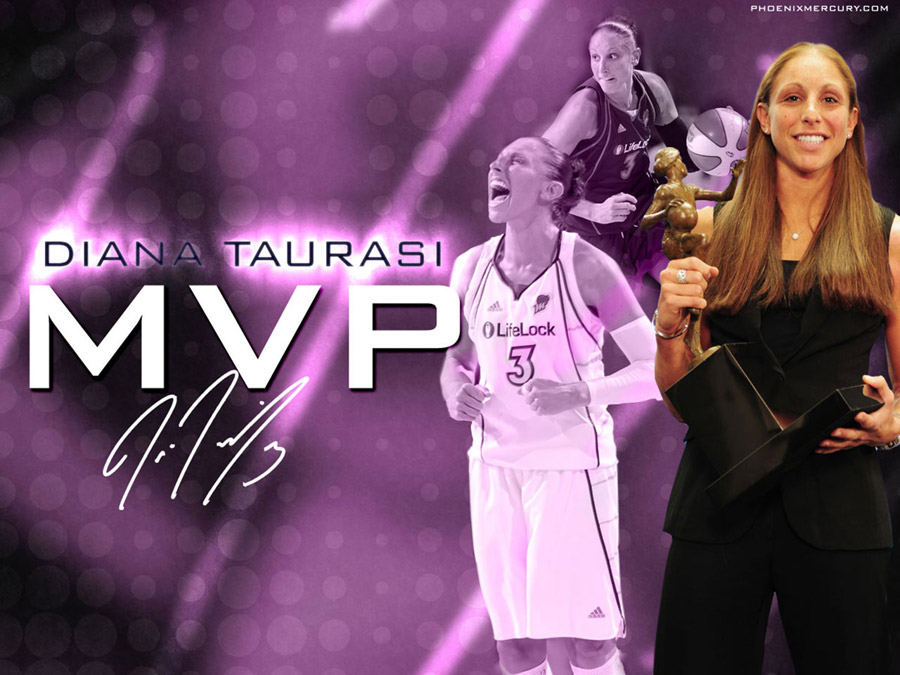 as some of you know WNBA finals are over and Phoenix Mercury took title, their second in team history… start of this update will be dedicated to Diana Taurasi who was named 2009 WNBA Finals MVP (and she’s also 2009 regular season MVP)… in this wallpaper made by PhoenixMercury.com Diana poses with regular season MVP trophy… congrats to Diana and the rest of Mercury team