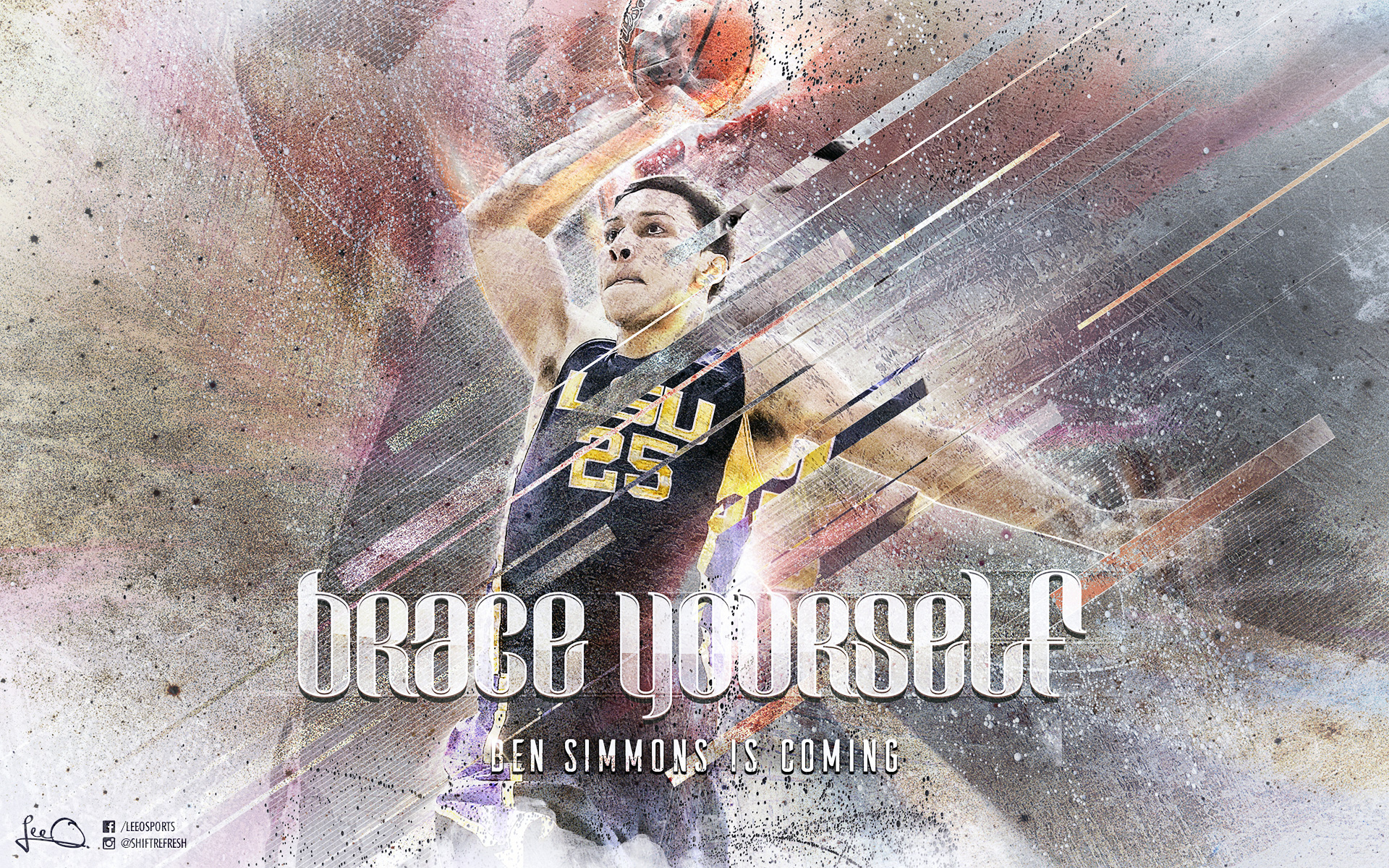 I have one more wallpaper for today – widescreen wallpaper of Ben Simmons in LSU Tigers jersey… Ben who??? I hear some of you asking… Ben Simmons is young Australian prospect playing at forward position who will join NCAA team LSU Tigers for upcoming 2015-2016 season… If he keeps developing his game at high level like he did so far in his career we will probably see this guy in NBA Draft in years to come… wallpaper was created by Lee Olsen