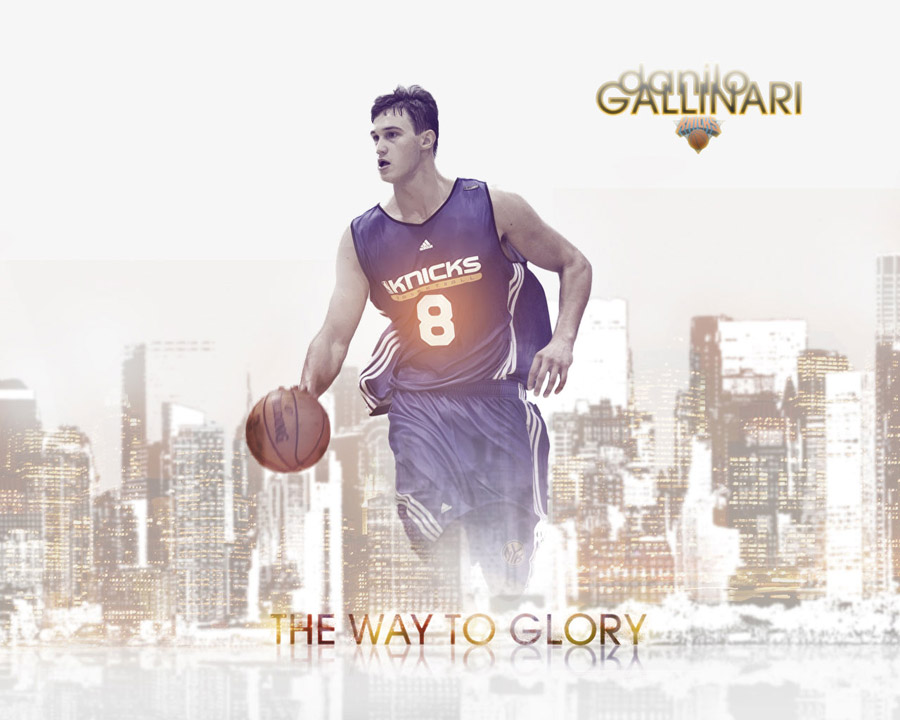 Next is wallpaper of 20-year old Italian forward, Danilo Gallinari, who’s playing for New York Knicks… Gallinari was #6 at last year’s NBA draft and before that he got Euroleague Rising Star Award for season 2007-08… there’s bright future in front of this young guy so watch out for him in years to come