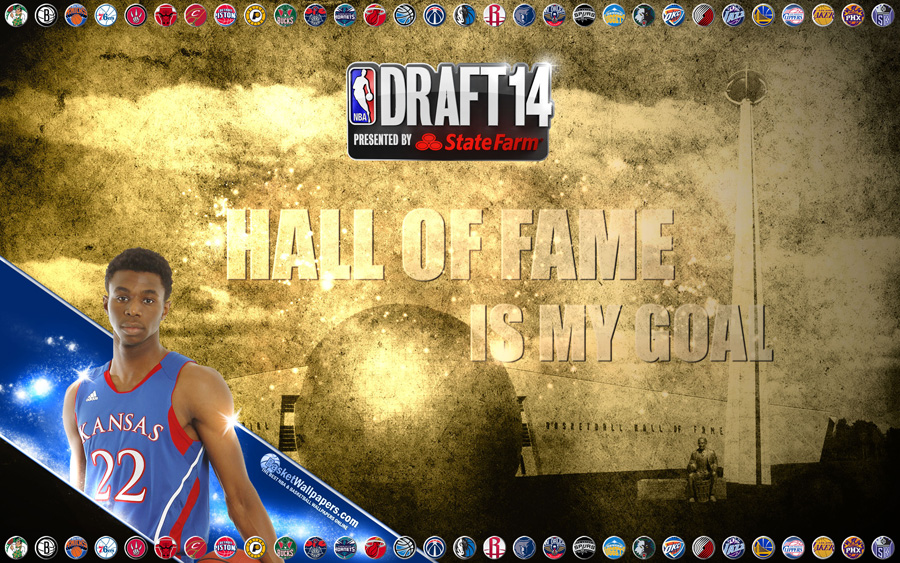 2014 NBA Draft is behind us… Players can rest up from all expectations and pressure they had before draft, teams got some fresh blood to work with (and build around in some cases), and you guys – you are getting wallpapers of top 5 2014 NBA Draft picks today (and i will cover some lower seeds in days to come also)… First will be HD widescreen wallpaper of Andrew Wiggins who was selected as #1 pick at 2014 NBA Draft by Cleveland Cavaliers… wallpaper was created by BasketWallpapers.com team…
Share With Friends