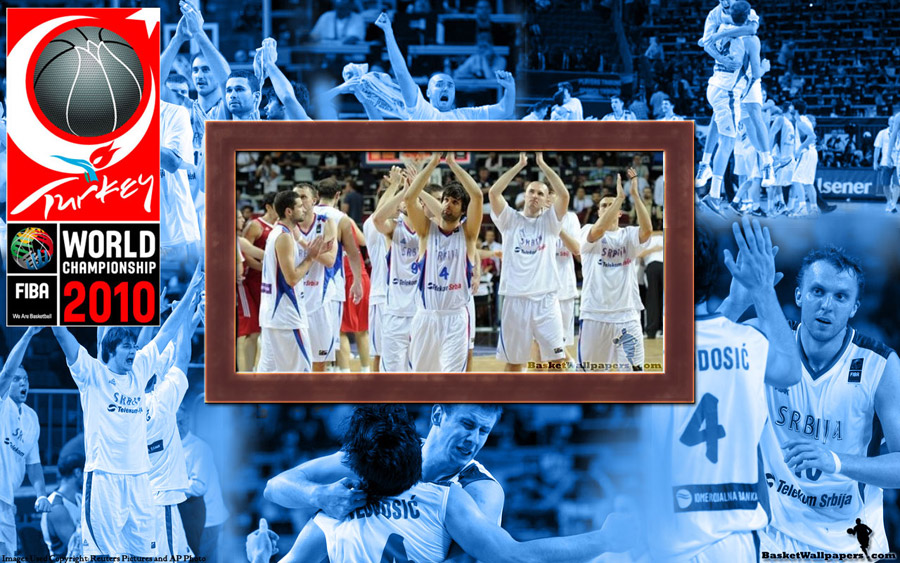 As i said few minutes ago, FIBA World Championship 2010 is over and now i’ll add wallpapers of to ranked teams of this tournament… i’ll start with widescreen wallpaper of Serbia national team that finished 4th… what can i say other then all of these guys made me very very proud to be Serb

they were the youngest team in tournament, and if they had correct referees in semi-finals against host Turkey they would be in finals… but more about that scandalous game i’ll tell a bit later, when i come to finalists… for the end, i want to mention all players who were parts of this great team – Milos Teodosic, Milenko Tepic, Aleksandar Rasic, Ivan Paunic, Nemanja Bjelica, Stefan Markovic, Dusko Savanovic, Marko Keselj, Nenad Krstic, Kosta Perovic, Novica Velickovic and Milan Macvan… also i want to mention all players who were invited into national team in june but didn’t make cut for final team who will be at world championship – Miroslav Raduljica, Ivan Radenovic, Mladen Jeremic, Zoran Erceg, Dragan Milosavljevic, Bojan Popovic, Luka Bogdanovic and Boban Marjanovic. Thank you all, Serbia loves you :))))
Share With Friends