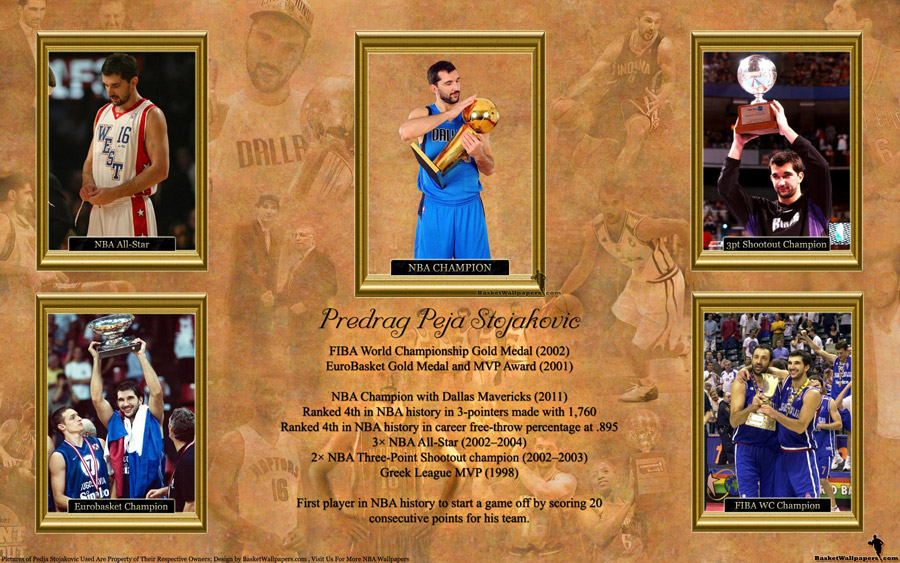 Few days ago Pedja Stojakovic, one of the best shooters in NBA history, announced his decision to retire… so i took some time and made wallpaper to honor his career

i used lots of Pedja’s pictures from all periods of his career, including winning NBA Title with Mavs, becoming FIBA World Champion and winning gold medal and MVP award at EuroBasket, of course All-Star game appearances and All-Star Saturday events trophies, and pics of him in all NBA teams he played for

did you know that Stojakovic is 4th ranked player in NBA history for 3pts made and free throws percentage? not bad at all 😛