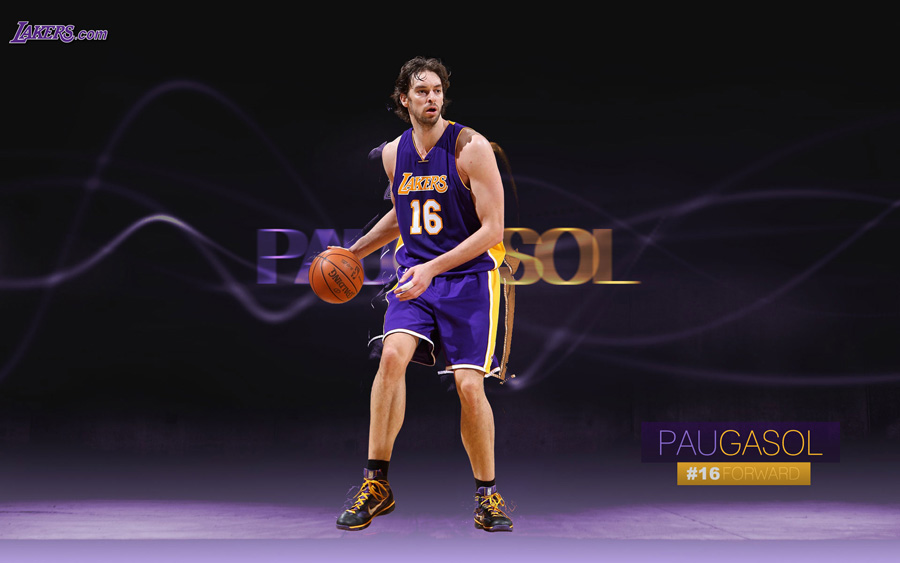 And here’s one more big guy… this is new widescreen wallpaper of Pau Gasol who leads whole NBA league in efficiency per game coefficient and is top candidate for 2011 NBA MVP award atm… honestly i always doubted Pau a little bit, even tho i knew him even before he came to NBA and i knew he’s great player… hey, he had Kobe in team, also few other guys who are/were NBA champions caliber… and i always doubted he’d be able to win championship(s) in some other team… but now, my doubts are past and this guy deserves my full respect !!!

anyway, this wallpaper was made by Lakers.com, official web site of LA Lakers…
Share With Friends