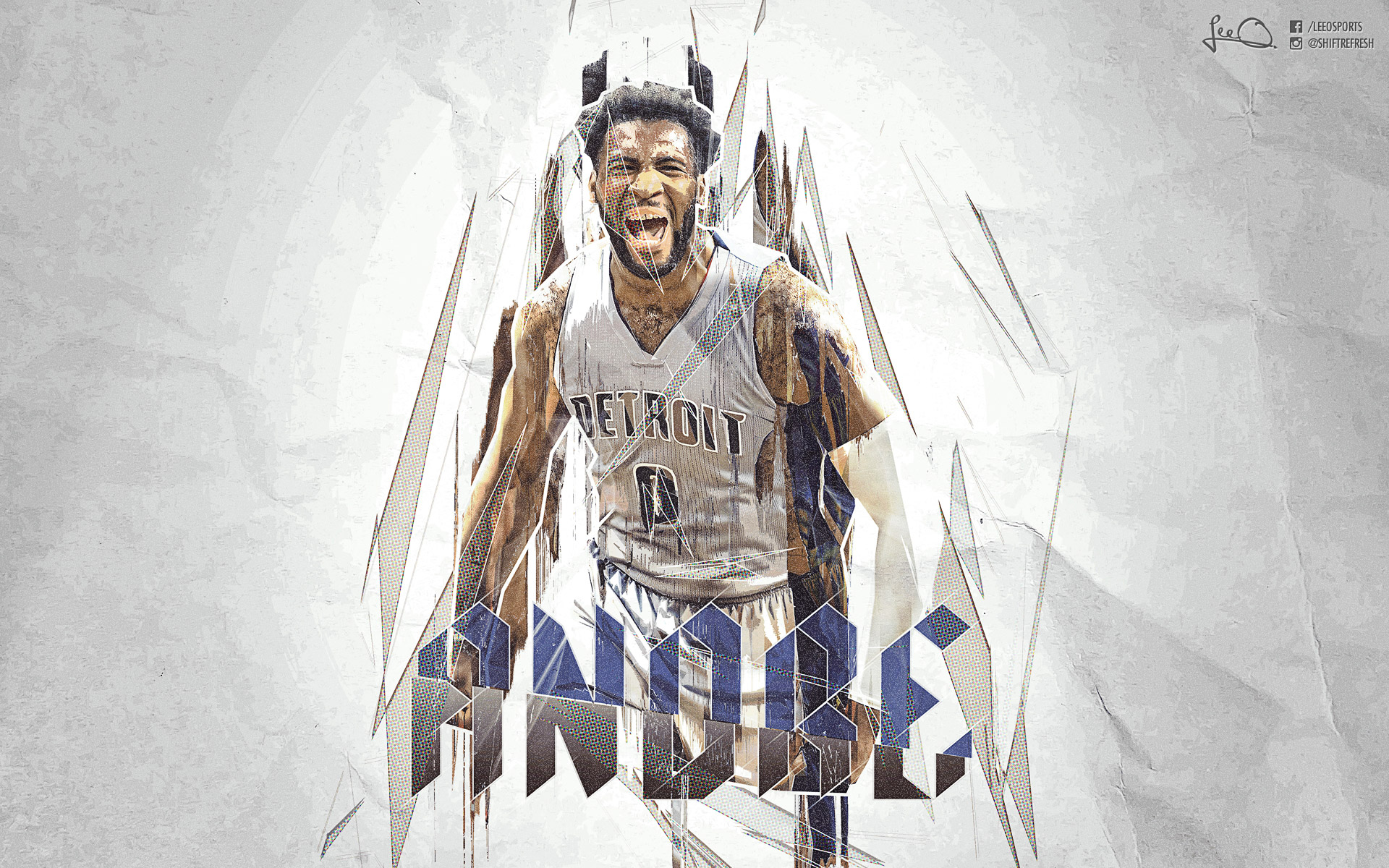 Here’s HD widescreen wallpaper of Andre Drummond who is having fantastic season so far and is one of top 15-20 players in NBA this season… He will also be one of Detroit Pistons leaders in 2016., Pistons that are fighting hard to stay in top 8 teams in eastern conference and gain spot in 2016. NBA Playoffs (they are #6 atm)… wallpaper was created by Lee Olsen