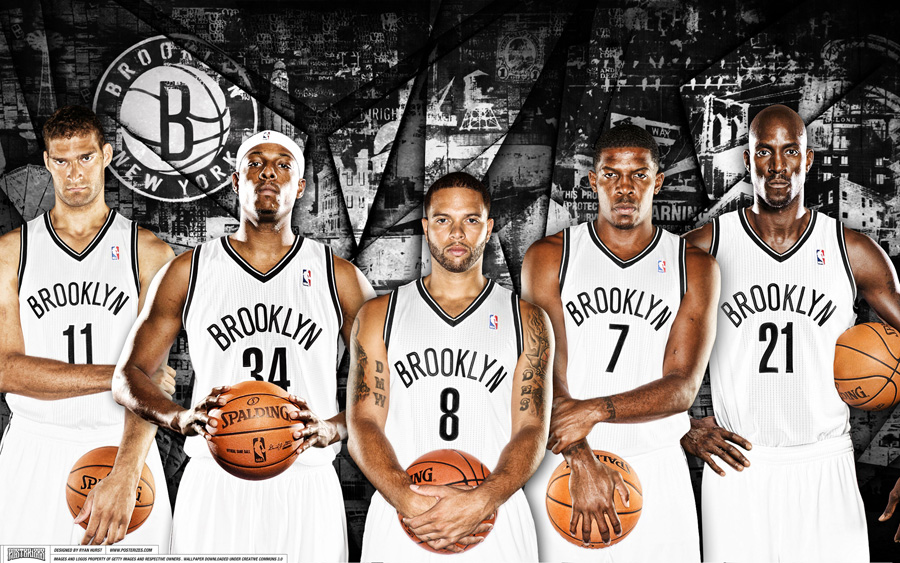 The first wallpaper of (some people might say insane) starting lineup for Brooklyn Nets with Brook Lopez, Paul Pierce, Deron Williams, Joe Johnson and Kevin Garnett… after Pierce and Garnett got traded from Celtics yesterday you could almost immediately see comments around the Internet about new Nets team and predictions they will stop Miami Heat and win eastern conference title next season… but didn’t most of NBA fans think the same about Lakers with Howard, Nash and Kobe before start of 2012/13 NBA season and what happened – they barely managed to get into playoffs… therefore i am not going to add hype to this trade and new Nets team, let’s just wait for next season to see how they will do

btw wallpaper was made by Ryan Hurst…
Share With Friends