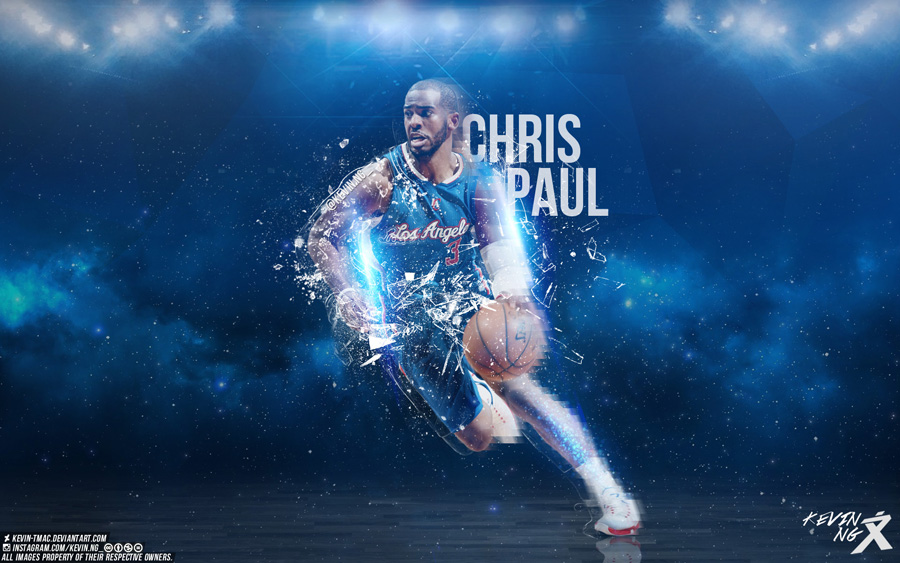 Complete first round of 2015 NBA Playoffs is finished and we have all conference semi-finals match-ups set… The only series that went to 7 games was between Clippers and Spurs, series that was intense and close all the way… Series was won by LA Clippers after great leadership and performance of Chris Paul in game 7 (and whole series of course) and because of that i am adding new HD widescreen wallpaper for all his and LA Clippers fans… This Chris Paul wallpaper was designed by Kevin-tmac.
Share With Friends