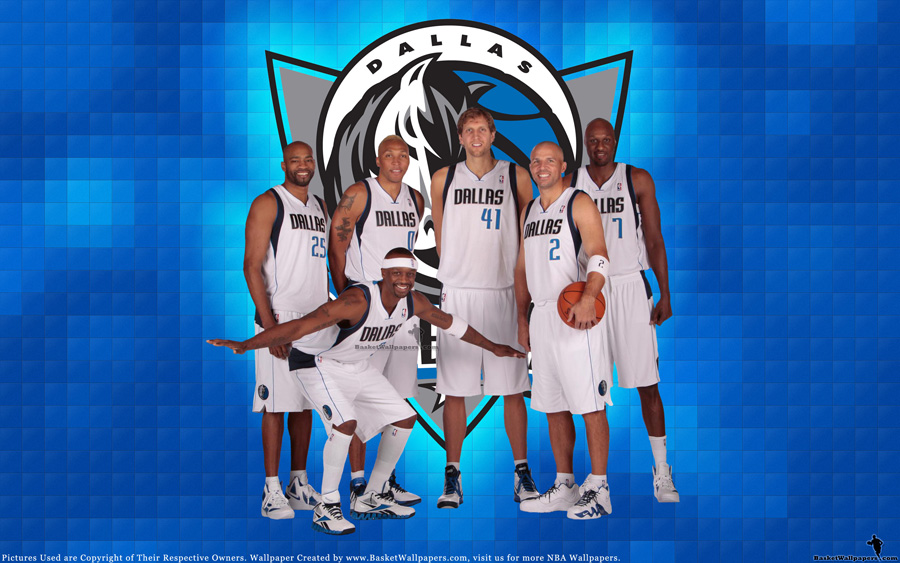 we have all witnessed some big changes in NBA in last week or so… many players have moved to other teams, there are plans to move Dwight to Lakers, Stern stopped trade of CP3 to Lakers and by doing it pissed of lots of people as far as i have read but maybe the biggest change so far happened to actual NBA champions – Dallas Mavericks who aquired Lamar Odom and Vince Carter… this is big widescreen wallpaper of old team core together with 2 new stars… there are Dirk Nowitzki, Lamar Odom, Shawn Marion, Vince Carter, Jason Kidd and Jason Terry with Dallas Mavs logo behind them… if this team manages to stay healthy whole season i think they can be awesome and might defend title… wallpaper was created by BasketWallpapers.com team…
Share With Friends