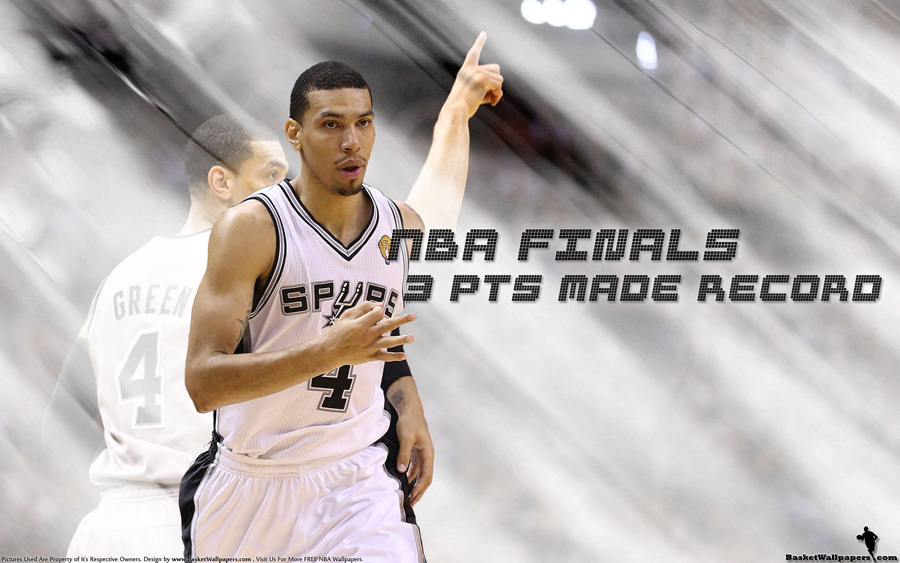 Danny Green is new NBA Finals 3 points made record holder… He first tied Ray Allen’s old record and then set up new one during game 5 of 2013 NBA Finals… Danny has at least one more game to set new record even higher, and to help Spurs try to win new NBA title and mark his name in NBA history as a NBA champion, as one of best shooting performances in NBA Finals histoy but maybe as NBA Finals MVP also? Some people consider Danny Green NBA Finals MVP candidate after his good plays in 2013 NBA Finals… wallpaper was made by NBA Wallpapers team…
Share With Friends