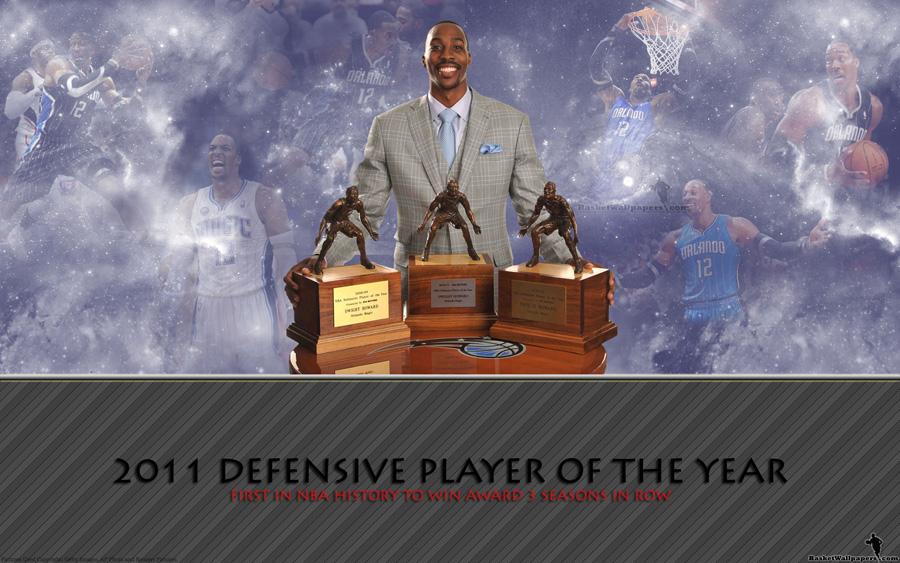 And now, wallpapers of two award winners who became part of NBA History… first i’ll add widescreen wallpaper of Dwight Howard with Defensive Player Of Year trophy, but also there are other 2 of his awards from previous two seasons… and Dwight became the first player ever to win this award 3 seasons in row… congrats to him