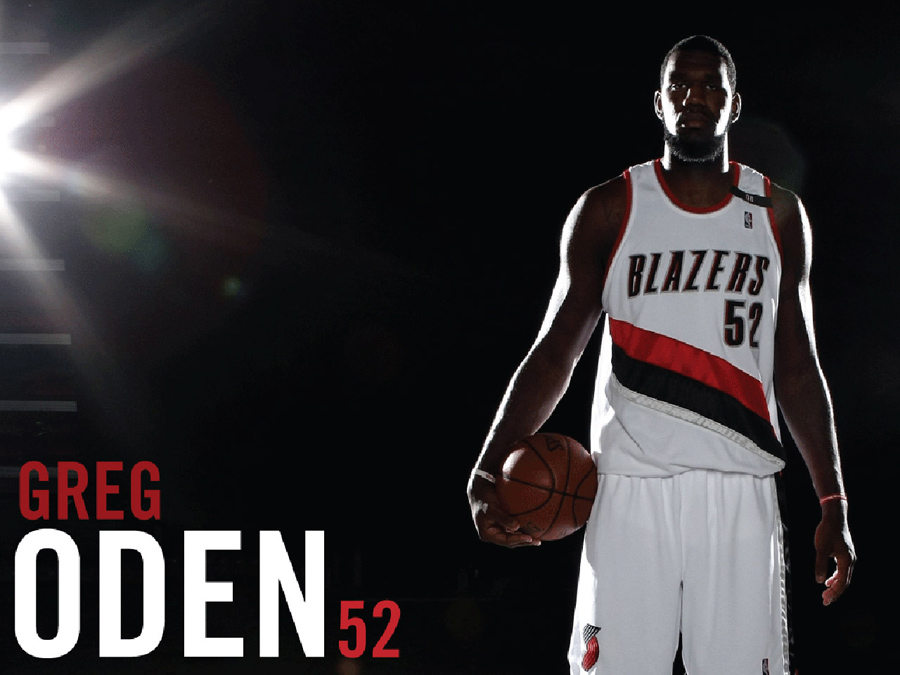 Here’s also one more player who missed whole season last year – number 1 pick from last year’s draft, Greg Oden… I have received wallpaper of him in high school jersey several times during last season but haven’t posted it because he was missing whole season… he’s back now (he will miss first 2 weeks of season because of foot injury but i hope he’ll start to play after that) and i am posting first wallpaper of him in Blazers jersey made by blazers.com