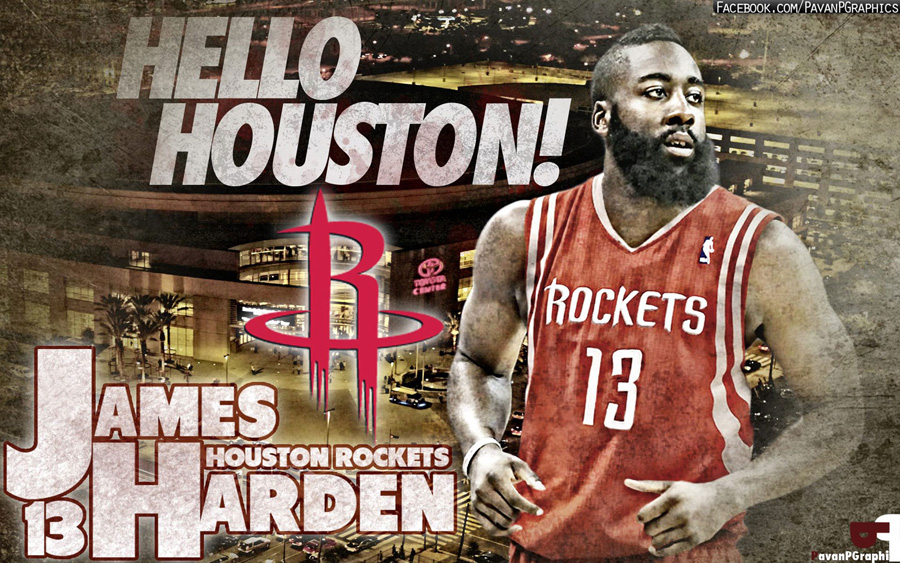 huge and unexpected thing happened in the last 24 hours – James Harden refused contract offer from OKC Thunder and was traded to Houston Rockets following that… There were speculations that this might happen in last few months around blogs and internet but i honestly didn’t believe it could become reality… which team got better deal out of this is question most of NBA fans are thinking about, i guess we’ll know by the end of 2012/13 NBA season that starts in 2 days

this wallpaper was made by Pavan P. Graphics, quality of wallpaper is not at the highest level (especially photo of Harden used in it), but understand it’s photo manipulation and the first wallpaper of Harden in Rockets that hit Internet so far

thanks to Pavan who sent me wallpaper