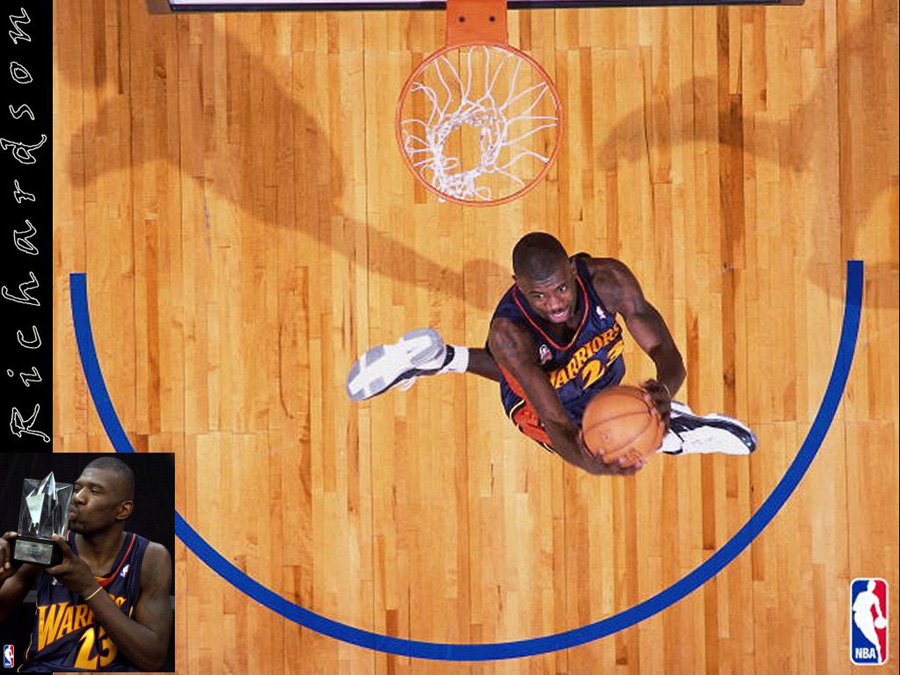 For today i have wallpaper of NBA All-Star Slam Dunk Champion for years 2002 and 2003 and shooting guard of Charlotte Bobcats – Jason Richardson. Picture of J-Rich is from slam dunk contest so he’s in dress of his former team – Golden State Warriors.
Share With Friends