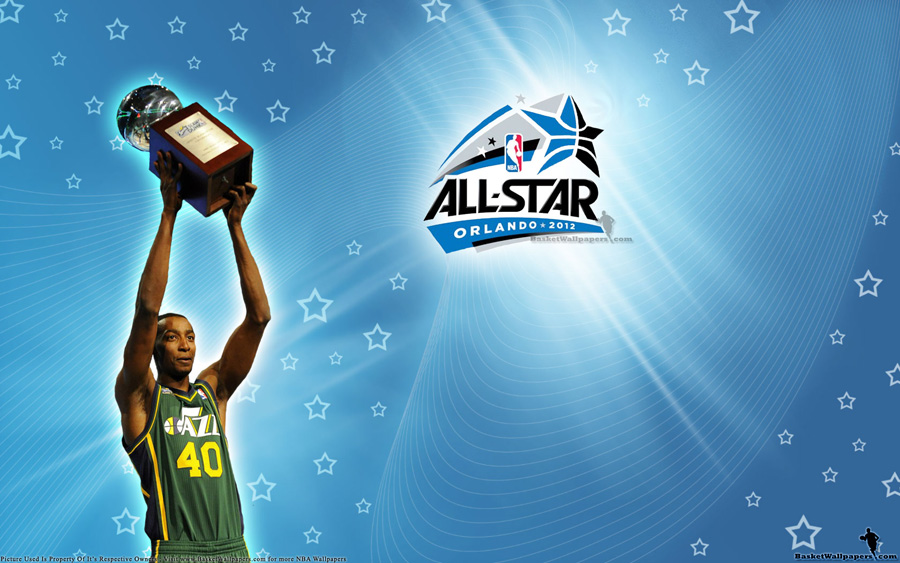 Hi all, we got new internet connection as planned so i’m back with the rest of 2012 NBA All-Star wallpapers… first will be widescreen wallpaper of Jeremy Evans with 2012 NBA All-Star Slam Dunk Contest trophy he won… i didn’t have internet access during Saturday and Sunday events but i watched most of it and i have to say slam dunk contest 2012 was PATHETIC in my opinion !!!! don’t get me wrong, i respect Jeremy Evans and trophy he won fair and square but whole contest was awful… last year we had guy dunk over a car, this year over a bike… 2 years ago we had Nate dunking over Dwight, this year we have guy dunking over P-Diddy… i mean cmonnn… get some kids in building next year and jump over them… anyway i’m done with 2012 dunk contest, i’m not flaming anymore 😀 wallpaper was created by BasketWallpapers.com team…
Share With Friends